The automotive world’s virtual artists usually work in mysterious ways. Some decided to stop everything in their tracks and freak out most imaginatively. With a Dodge Charger TRX digital project which might easily make the hulking Bronco Raptor look a little dull.

Others have not surrendered to the hype and just kept going with their imaginative four-door setup. The pixel master that is better known as SRK Designs on YouTube is no stranger to body version mashups. After all, some of the most recent digital projects involved a few surprises.

Such as building either a 2023 Lexus LX 600 pickup concept that dreamed of luxury farm quests. Or a plump Audi Q4 e-tron that ditched its compact SUV genes for a Plum Crazy seven-seat, sliding-door van arrangement. But our favorite is yet another four-door idea.

Not long ago, the CGI expert morphed GM’s highly-anticipated 2023 C8 Chevy Corvette Z06 into a four-door sedan for a possible Chevy SS return. Perhaps with EV power under the hood. Now there is no doubt about this proposed zero-emission revival, though, as the base of the four-door transformation is a battery-powered vehicle.

So, the digital content creator subtly tweaked Ford’s controversial Mustang Mach-E crossover EV. And now we have a brash/brass candidate for a 2023 Ford Falcon return. Interesting, right? Especially since the nameplate is no stranger to living vastly different lives over the decades. Let us remember that in North America it was a compact model line produced between 1960 and 1970 in a wide variety of body styles.

Not only that but it was also sold as a van based on the original E Series during the same crazy 1960s. As well as cars that were manufactured in Argentina or Australia for many decades: until 1991 and 2016, respectively. 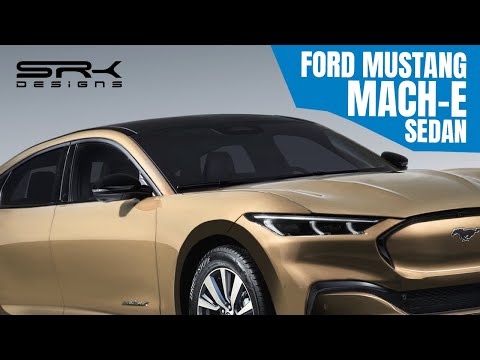