5 BMW Will Unveil All-New 2 Series Coupe at 2021 Goodwood Festival of Speed
Car video reviews:
Up Next

After an unfortunate hiatus because of you know who, the 2021 edition of the Goodwood Festival of Speed is currently in full swing. And already we have the official best runs compilation from Thursday. So, the highlights include spectacular hypercar introductions, timed shoot-out practices from some of the participants, as well as a few drifting shenanigans.
33 photos

Clearly, with just about every major star making an appearance at the event, it was quite hard for the representatives of the official Goodwood Road & Racing channel on YouTube to make the proper choice. Still, the show must go on (and the live stream is embedded below, of course) so the first day of the Festival of Speed had no alternative but to deliver a cool best-run compilation to make sure it won’t be forgotten.

We know that after so much time without proper motor shows a lot of automakers were eager to showcase their latest debuts (and we have the best-off below, as well), but we really need to focus on the flagship apparitions for this one. It’s not that we’re picky, but there’s a lot of them. Starting with the Aston Martin Valkyrie or the Lamborghini SCV12, just to serve as appetizers.

There’s a bit of old-school vibe from the 2:15 mark to ponder the situation, but fret not – the craziness is just as palpable. So, it’s time for Duncan Pittaway, a true Goodwood legend, to shine brightly with his crimson Cheetah-Chevrolet before the Jaguar XJR-12D also makes a run for it. More Chevy action is available from 4:53, as Cole Trickle’s “Mello Yello” Camaro goes up the climb.

The Goodwood guys like contrasts, it seems. So, up next comes an R32 Nissan Skyline GT-R followed at the 7:25 mark by none other than Land Rover’s V8 Defender. And while Travis Pastrana is tamer than we imagined in his very special Gymkhana Subaru Impreza WRX, the show gets a smoky twist once James Deane goes crazy with his mental, rubber-burning E92 BMW M3... 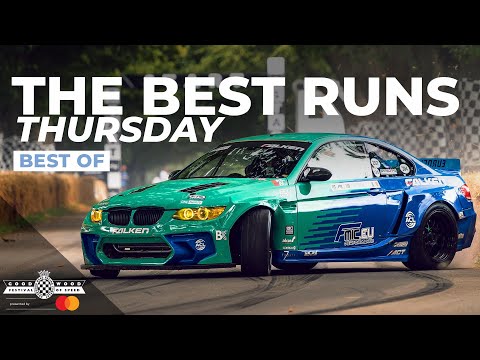 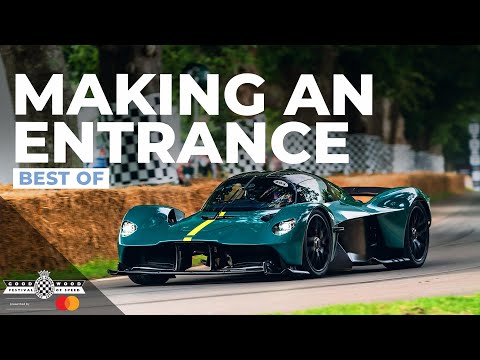