Aston Martin prepared a final edition for the V12 Vantage.

It was a loud and impressive farewell from the astonishing British supercar.

The Vantage name was not new in the Aston Martin stable. However, it was associated with a V8 powerplant most of the time. Yet, in 2021, the carmaker confirmed that it will produce an exclusive final stint for the V12 version.

With numerous aerodynamic enhancements that increased the aerodynamic loads up to 204 kg (450 lbs) at 200 mph (322 kph), the Aston Martin V12 Vantage was a striking supercar beefed-up with all the tricks in the book to make the big vehicle not only fast but also behave excellently at higher speeds. Ever since 2007, when the carmaker introduced the idea, brand's fans have been excited. But to do that, the final edition V12 Vantage had to be light. Thus, carbon-fiber materials were extensively used on the hood, front bumper, front fenders, and side sills. In addition, the integrated diffuser and the rear wing were made out of the same lightweight material. Even the battery was a lighter one.

Inside, the car sported a similar layout with the rest of the Vantage range but enhanced with the Sport Plus Seats covered in semi-aniline leather. The Aston Martin badge was quilted and perforated as standard.

For the technical department, Aston Martin didn't spare anything. From CCB discs (Carbo-Ceramic Brakes) to the wider track and stiffer spring rates. Last but not least, the twin-turbo V12 powerplant sent its massive power to the rear wheels via an eight-speed automatic transmission and a mechanical Limited Slip Differential. Unfortunately, production was limited to only 333 units. 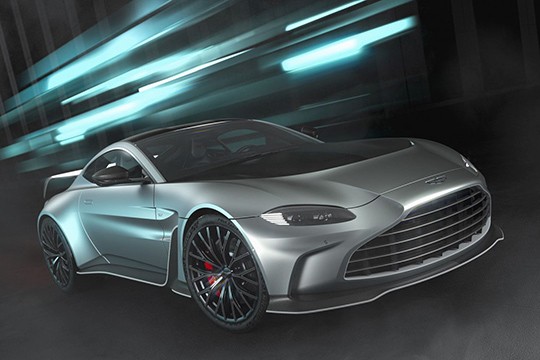