2020 Astra Facelift Spied at the Nurburgring, Progress Is Slow

Mihnea Radu
The Astra is one of the most iconic European cars, having been around for a really long time. In the past years, it's also been a Buick for China and a Holden for Australia, but now it's getting ready to be a Peugeot for Europe. What?
3 photos

Let us explain. You see, after many years of trying to figure out how to make its European business work, GM finally decided to call it quits and sold Opel to PSA Peugeot Citroen. The two firms were already collaborating on some projects, but it now means that every Opel will need to transition to French tech.

And that's precisely why the Astra facelift is taking so long to develop. According to our math, the car that won the European Car of the Year 2015 should have shown its new face in late 2018. But we're likely going to receive a significant update that looks different to the old car, a bit like the current Corsa.

So this might not even be the facelift at all, only parts of it as a new grille. The headlights and bumpers look largely the same, not that Opel design language has changed that much in the past couple of years.

Peugeot's small engines are ideal for a compact hatchback like the Astra. We're talking about the 1.2-liter turbo and the 1.5-liter turbodiesel, which max out at 130 HP. In addition, PSA's 2-liter diesel would be a great replacement for the Opel bi-turbo 1.6, while the "GT" tech (a 200 HP 1.6) would work with the expected Astra GSi. Rumors talked about as much as 220 HP being offered. In addition, Opel might donate its Aisin 8-speed auto gearbox.

These new engines could cost a lot of money initially, but streamlined production has its long-term advantages. But how long will the Astra keep being made Britain? 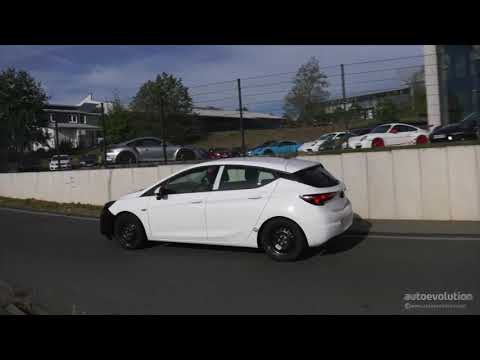