After being purchased by the French group PSA, Opel started to revive its lineup with re-badged products, but with some specific details for the German brand.

The Opel Mokka-e was just an example.

Crossovers were designed for those who needed them to drive on unpaved roads, but they became a fashion item. It was the same situation with smartphones. The Mokka was a small crossover based on the Opel Corsa platform but enhanced with higher ground clearance and a 4x4 traction. In 2020, the Mokka-e became an urban SUV with a battery pack under the floor and front-wheel-drive only.

Opel designed the Mokka-e on the same platform with the electric version of the Peugeot 2008. The result was different. Moreover, not even the wheelbase was the same for both cars. The Mokka looked like it received the better treatment, even if the 2008 was not a bad deal at all. The slim headlights and the chromed and curved line on the sides made the Mokka look better than most of its competitors, not to mention its predecessors.

Inside, the Mokka was fitted as standard with a 7” display for the instrument cluster, but higher trim levels featured a 12” TFT for the driver and an additional 10” touch-screen for the infotainment unit. A glass panel covered both screens. Due to its decent wheelbase and the lack of a center tunnel, the Opel Mokka offered good legroom for the rear passengers and it was suitable for the headroom. The trunk was marginally smaller than the one found on its predecessor, but it was more than decent for an urban vehicle. 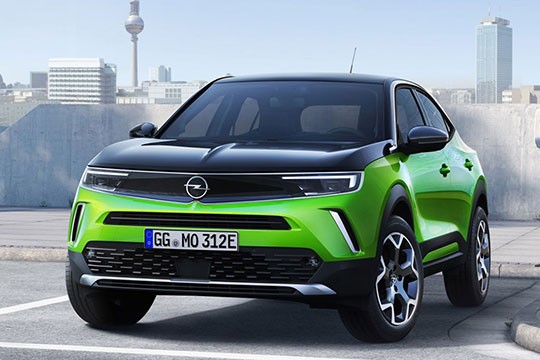