4 Audi Gets Green Light to Roll Out Diesel Engine Fix in the U.S.

“Make sure to tune into Audi MediaTV,” says the Ingolstadt-based automaker in the latest teaser for the Q3, which will have its world premiere on July 25th, 2018. Going on sale for the 2019 model year, the newest model in the lineup follows up on the facelifted TT, A1 Sportback subcompact hatchback, and Q8 coupe SUV.
14 photos

So what can we expect to see on Wednesday? First of all, full-LED headlights which appear to be influenced by the latest generation of Audi models. Underpinned by the MQB vehicle architecture of the Volkswagen Group, the Q3 is all new from the ground up for the first time since the original came out in 2011.

Even though it’s not a major departure from the first generation or a breakthrough in its segment, the Q3 serves as the more appealing alternative to the Q2 and the lesser brother of the Q5. The Audi Q4 is confirmed to launch in 2019, and somewhat expectedly, production will be handled by the Gyor plant in Hungary.

From the countless spottings of near-production prototype vehicles, we know the Q3 will adopt the latest goodies of the Audi lineup, including virtual cockpit display for the instrument cluster and wireless charging for Qi-enabled smartphones. Roomier thanks to the longer wheelbase, the newcomer will bring forth the performance-oriented SQ3 and RS Q3.

Scheduled to arrive at dealers in Europe before the end of 2018, the Q3 will be offered with turbo and turbo diesel options in the guise of the 1.5 TFSI and 2.0 TDI. A plug-in hybrid is rumored to arrive later down the line, expected to level up on the formula that Audi experimented with the slow-selling A3 Sportback e-tron.

At the present moment, the Q3 retails in the United States of America from $32,900 for the Premium 2.0 TFSI. Over in Germany, the compact premium crossover utility vehicle costs from €30,990 for the FWD, six-speed manual, and 125-horsepower configuration. 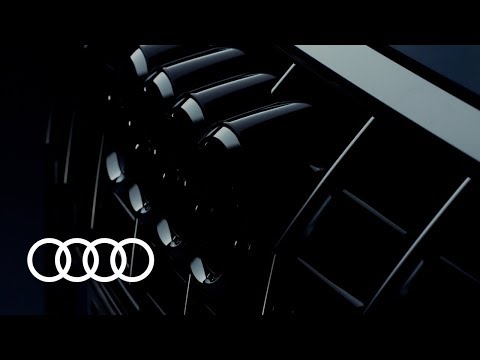