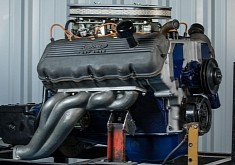 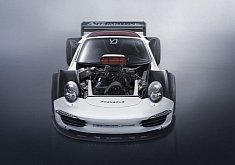 16 Jun 2015, 16:56 UTC / Whenever we think of going on vacation we want to relax as much as we can. This is why going on a a remote resort for vacation is the first you look for

Aeroboat Is a Luxury Spitfire on Water

11 Jun 2015, 12:09 UTC / The Superman Spitfire was one of the most popular jet fighters the Allied used in World War Two. This luxury boat is inspired by it

9 Jun 2015, 14:00 UTC / There were only about 710 of these rare Bugatti cars ever created and a lot more less still in existence. Creating a boat inspired by it is not easy

5 May 2015, 18:08 UTC / Aston Martin is not the only luxury carmaker to collaborate with yacht manufacturers. Their latest project is a 37-foot speedboat

One-Person Electric Watercraft Is the End of Inflatable Boats

5 May 2015, 16:13 UTC / Since everything is electric nowadays, what about cruising the lake in an one-person boat that is battery powered. You don't need to do much, but relax

22 Apr 2015, 13:12 UTC / Apparently, they were originally designed to benefit the professional sporting guide who carried the boat and provided all the propulsion for paying passengers

8 Apr 2015, 13:09 UTC / The newest model - Cigarette Racing 50 Marauder GT S - is inspired by the Mercedes-AMG GT and was unveiled at the Miami Boat Show in February

1 Apr 2015, 16:23 UTC / Yes, this is another April Fools joke, but you have to give Skoda credit for knowing where to make fun of itself (fuel economy and stowage features)

30 Mar 2015, 15:44 UTC / This peculiar vehicle might look like some sort of an amphibious Jeep, but is in fact a regular boat propelled by an outboard motor

24 Mar 2015, 15:27 UTC / The half-submersible watercraft provides full viewing options and it’s capable of driving off a trailer and into the water without the need for a crane or dock

23 Mar 2015, 15:26 UTC / Other than speeds and luxury, the British boat maker is renown for their great attention to details. It's similar to what sportscars are in the auto industry

The AirFish: Half Boat, Half Plane and Powered by a V8 Engine

21 Mar 2015, 13:02 UTC / Wing-in-ground-effect aircraft produce more lift and less drag when close to a surface. They've been used by the soviets in the cold war

Sightseeing in New Zealand Is Done With a Jet Engined Boat

17 Mar 2015, 13:01 UTC / Built specifically to operate in the upper Shotover River the boats are made of heavy gauge aluminum and designed for maximum strength and maneuverability

11 Mar 2015, 15:38 UTC / Dubbed the SALT, the 180-feet yacht carries a very interesting design that features large steps which cascade down to the water

13 Feb 2015, 10:30 UTC / Mercedes-AMG and Cigarette Racing Team, who have been working together before, have recently unveiled their latest project together

11 Feb 2015, 14:58 UTC / The hybrid technology is slowly expanding into all transportation methods. The Savannah is said to be the first luxury diesel-electric hybrid yacht

10 Feb 2015, 18:12 UTC / The famous German kayak maker Klepper has developed a hybrid watecraft dubbed Backyack that can be used as a kayak, sailboat and a sled