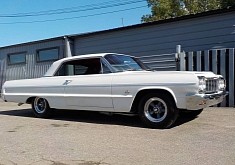 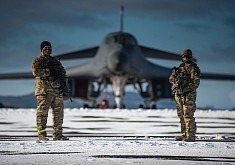 Bureaucracy Is Holding Back Progress at Tesla Giga Berlin

18 May 2021, 07:40 UTC / Tesla faces a delay of as much as six months on Gigafactory Berlin, and it’s all down to the many rules in place, Elon Musk tells reporters on official visit

16 Oct 2020, 10:06 UTC / Every household needs good communication between spouses to make sure no bill goes unpaid, and apparently, so do large companies that build EVs

Tesla Gigafactory 1 Is Making 13 Million Battery Cells Each Day, This Is How

17 Jul 2020, 11:48 UTC / A team from Discovery's Science Channel filmed a segment for its Super Factories show inside Tesla's Gigafactory in Nevada

21 May 2020, 06:13 UTC / The Golden Driller, one of the largest statues in the United States, is now wearing an Elon Musk face mask and a Tesla uniform

Tesla Will Build Cybertruck Gigafactory in Central US, Probably Nashville

12 Mar 2020, 03:48 UTC / Elon Musk says the hunt is on for the perfect location for a new Gigafactory that will build the Cybertruck, Model Y for the East Coast

7 Dec 2017, 17:21 UTC / Tesla built its own battery manufacturing plant to avoid a shortage of the vital part but seemingly managed to create one for the rest of the industry

23 Jun 2017, 11:02 UTC / Tesla appears to be one step closer to starting its own joint-venture in China, enabling the company to sell its products at much lower costs over there

1 May 2017, 16:17 UTC / The Tesla CEO sure isn't afraid to brandish out big numbers - well, considering the cost for a single Gigafactory, four is a big number in this case

15 Jan 2017, 14:31 UTC / Tesla has revealed that the roof of its Gigafactory will have the world's largest solar array. It will not rely on electricity from the power grid

31 Oct 2016, 12:38 UTC / When Hollywood A-Lister Leonardo DiCaprio was asked to lead a documentary on global warming, a meeting with Elon Musk became inevitable

22 Apr 2016, 11:20 UTC / Run circles around the Tesla Model 3 prototype right at the company's Gigafactory in Nevada where the battery packs for these vehicles will be built

9 Oct 2015, 12:07 UTC / There have been several videos with the Tesla's Gigafactory released online, but the most recent one finally shows something you can look at

Tesla Motors Could Open the Second Gigafactory in Japan

17 Mar 2015, 17:20 UTC / BYD is turning its sights even more on the battery supply market and could be a potential challenger to Tesla and its Gigafactory in the next five years

Tesla Motors Is Looking to Recruit Students For Its Gigafactory

10 Mar 2015, 13:45 UTC / Tesla wants students to work in the Gigafactory once the construction is completed and what better way to do that than going directly to the source?

Tesla to Invest Up to $5 Billion into Gigafactory

27 Feb 2014, 10:55 UTC / Tesla Motors will directly invest approximately $2 billion in its new Gigafactory, while its partners will pump another $2 to $3 billion into the project through 2020, the Palo Alto-based company re...