Bureaucracy Is Holding Back Progress at Tesla Giga Berlin

Elon Musk has landed at the construction site of the first Tesla European Gigafactory, in Brandenburg, near Berlin, Germany. This is his second official visit in six months, and there are no plans to meet with German authorities.
1 photo
But that’s not to say that Musk can’t voice some of his frustrations regarding how they do business. Specifically, when briefly addressing a bunch of fans and reporters gathered outside the construction site, Musk spoke about the reason for the delay in opening production at the plant.

The initial plan was to have Giga Berlin operating by July 1, but with less than two months to go to that date, it’s clear the deadline will be missed. Amid speculation that Giga Berlin is facing at least six months in delays, Musk tells reporters that he’s hoping it will be operating by the end of this year. Six months was an accurate estimate, it turns out.

As for what caused this delay, Musk points the finger at bureaucracy in Germany. It makes it impossible to make accurate estimates or, as it turns out, keep progress on track. “I think there could be less bureaucracy, that would be better,” he explains (via AutoNews). “There should be some kind of active process for removal of rules. Otherwise, over time, the rules will just accumulate and you get more and more rules until eventually you can't do anything.”

This wouldn’t be the first time that Musk speaks against bureaucracy. In March this year, after feuding publicly with local authorities in California over his right to keep the Fremont facility open as an essential business, he moved to Texas. One of the reasons for the move, he said, was the fact that California had grown “complacent” and would stifle all kinds of innovations under a pile of rules, regulations, and paperwork. 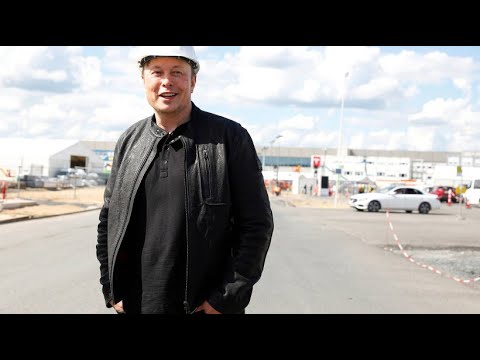