2 $156 Million Superyacht Madame Gu Has Been Found, Photographed in Hiding

4 Seized $600 Million Sailing Yacht A Is Out of Dry Dock, No Explanation Given

The start of the war in Ukraine in February 2022 marked a turning point for the maritime industry, especially in the very narrow niche of superyacht and megayacht ownership. Russian-owned vessels became moving targets as sanctions went into effect worldwide, with many of them seeking and finding refuge in friendly waters.

The Strange Case of $80M Superyacht Polaris, Which Escaped Sanctions and Then Came Back

Turkey is now a hotspot for Russian-owned superyachts, as is Dubai. In the months that passed since the start of the war, some of the most expensive, famous, and beautiful vessels ever built made a mad dash across the world’s seas and are now safely docked here, where sanctions don’t apply. Elsewhere, vessels that weren’t able to get out in time were arrested or downright seized by local authorities.

Polaris is a very new superyacht explorer that was able to successfully evade sanctions. Launched in January 2021 in Viareggio, Italy, by Rossinavi, it is the shipyard’s biggest build to date, and a custom one, at it. Measuring 70 meters (230 feet), it’s an ice-class hull designed and tailored to the specific tastes of its multi-millionaire owner Maxim Shubarev, chairman of Setl Group. This was the second vessel built for Shubarev by Rossinavi after Polaris I, registered as Parillion after he sold it.

Being an experienced seafarer and yacht-owner, Shubarev knew exactly what he wanted from his second, biggest, and better vessel, and Rossinavi delivered after 5 years on the job.

With an exterior and interior design by Enrico Gobbi’s Team for Design, it stands out for its very elegant and modern silhouette and classic and sophisticated interiors. Offering accommodation for 12 guests and 17 crew, Polaris (initially codenamed Project King Shark) is decked with semi-precious stones, custom furniture, and hardwoods and features custom touches like a 6-meter (20-foot) infinity pool at the stern, a sizable gym that doubles as a yoga studio, and a private terrace to the owner’s vast suite.

Shubarev is worth an estimated $500 million, but, unlike countless Russian oligarchs, neither he nor his assets are on any current sanctions lists, superyacht vlogger eSysman notes (check out the video below, starting at the 2.15-minute mark). In March, when the first sanctions went into effect, Polaris was docked in Malta; Shubarev himself has a Maltese passport since 2018, and the superyacht was registered there, as well.

However, Malta and other EU countries, specifically neighboring Italy, have arrested assets from Russian oligarchs without them being on the sanctions list – as a matter of principle if you will. As a preemptive measure, Polaris left Malta and headed to Fethiye, Turkey, where it laid low for several months.

That last part isn’t surprising behavior: as noted above, many owners have moved their floating palaces out of reach these past few months, and many of these stories are well documented in the media. But Polaris is a singular case because, after evading possible sanctions, it’s now back in the danger zone – in Italy, out of all places. It’s now sailing under a different flag and a different name, and it’s docked at the Rossinavi shipyard in Viareggio.

As eSysman reports, Polaris is now called Polestar and is sailing under a Cayman Islands flag. Re-registering a vessel is not uncommon and has become somewhat standard practice since sanctions went into effect. But changing a vessel’s name without it changing hands is highly uncommon, and it’s unlikely that an $80 million superyacht sold in an off-market deal in record time without a word getting out. It’s probable that paper ownership has changed, which gives Shubarev confidence “that his vessel isn’t going to get into any trouble” while in Italy.

Call this a “where there’s a will, there’s a way”-type of story, or call it giving the finger to authorities with help from legal loopholes, but there’s a feeling that the story of this elegant and highly-competent superyacht explorer is about to include some legal drama soon. 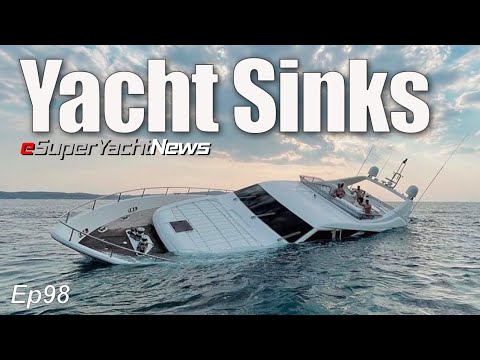 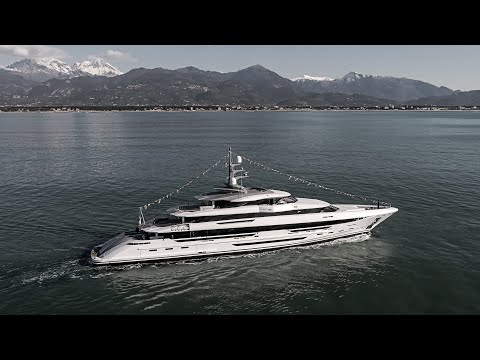