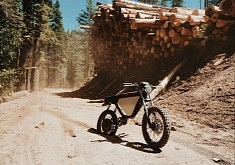 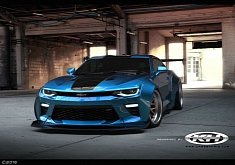 22 Sep 2022, 06:17 UTC / Shipyard Lurssen has vacated the dry dock in Hamburg, moving the gigantic 2016 vessel to a storage facility in Bremen, Germany

And So It Begins: Billionaire Sues Government for the Right to Use His Frozen Yachts

17 Sep 2022, 04:13 UTC / Alexey Kuzmichev, often described as one of the most powerful men in Russia, says he should be allowed to use his 2 vessels, even though they’re frozen

$600 Million Megayacht Scheherazade Was a Christmas Gift From Putin's Friends

11 Sep 2022, 05:36 UTC / 2014 was a good year for President Putin, and his oligarch friends celebrated it by chipping in to buy him one of the most expensive megayachts in the world

31 Aug 2022, 09:40 UTC / The sale of this controversial superyacht proves just how inefficient sanctions are: reports say it’s on its way back to the original owner

29 Aug 2022, 05:42 UTC / Amadea is owned by sanctioned Russian oligarch Suleiman Kerimov but was seized in Fiji in April, and has since become U.S. property

Don’t Gloat Over the Sinking of the Superyacht My Saga

25 Aug 2022, 09:17 UTC / Reports in the local media link the superyacht to Gennady Ayvazyan, spawning talk of insurance fraud. The only certainty is that the vessel is a complete loss

Seized $75 Million Axioma Sells at Auction, and the Rich Are Still Winning

Millionaires the World Over Are Interested in Seized Axioma Superyacht, Smell a Bargain

22 Aug 2022, 06:31 UTC / Dmitry Pumpyansky’s $75 million superyacht was seized in Gibraltar under current international sanctions, will sell at auction on August 23

18 Aug 2022, 03:37 UTC / One of the largest, most luxurious and most secretive megayachts in the world is now a Malaysia-flagged houseboat, still under arrest in Italy

13 Aug 2022, 06:23 UTC / Halo and Garcon have reached the safe waters of Turkey, where Eclipse and Solaris arrived months ago. They are officially out of reach for UK authorities

$75 Million Axioma Becomes the First Seized Superyacht to Sell at Auction, Without Reserve

27 Jul 2022, 04:27 UTC / Owned by a Russian billionaire, Axioma was arrested in Gibraltar at the end of March. The court ruled it will sell at auction to recover a standing loan

Biker Gang The Night Wolves, aka Putin’s Angels, Is Hit by Sanctions

25 Jul 2022, 08:41 UTC / The EU singles out the motorcycle club, founder Alexander “The Surgeon” Zaldostanov and three others, in a bid to stop them from spreading propaganda

24 Jul 2022, 05:05 UTC / Superyacht Halo and support vessel Garcon were detained in Antigua in late March, after Abramovich was sanctioned. They’re now traveling together to Morocco

Construction Resumes on Seized $600 Million Megayacht Dilbar, but No One Knows What For

21 Jul 2022, 05:54 UTC / The world’s largest yacht by tonnage, Dilbar, was seized in Germany under current sanctions against Russia. It is now out of dry dock for unspecified work

The Strange Case of $80M Superyacht Polaris, Which Escaped Sanctions and Then Came Back

12 Jul 2022, 03:51 UTC / MY Polaris, delivered by Rossinavi in 2021, is now called MY Polestar and is sailing under a different flag after a few months spent in Turkey

Sanctioned Megayacht Solaris Is Heading to the U.S., or Actively Trolling

28 Jun 2022, 08:28 UTC / Roman Abramovich’s smaller and less expensive superyacht has been docked in Turkey for months, is now displaying unlikely destination on AIS

$156 Million Superyacht Madame Gu Has Been Found, Photographed in Hiding

25 Jun 2022, 04:56 UTC / Steel billionaire Andrei Skoch’s superyacht went dark in March, as it was leaving Dubai. It turns out it never left, because it’s still moored there

Seized $600 Million Sailing Yacht A Is Out of Dry Dock, No Explanation Given

20 Jun 2022, 03:00 UTC / Owned by Andrey Melnichenko, Sailing Yacht A was seized in Italy in March while in storage for refits. It has just been refloated

18 Jun 2022, 04:04 UTC / After a lengthy and highly-mediated court battle, Amadea is now fully under U.S. control after arrest in Fiji in April, under current sanctions against Russia