1 Two of the World’s Biggest Superyachts, Nord and Motor Yacht A, Sail Under Russian Flag

3 Motor Yacht A Is a $300 Million Exercise in Disruptive Design, From Hull to Moving Walls

4 Blade-Shaped, $300 Million Motor Yacht A Has Disappeared in the Arabian Sea

Seized $600 Million Sailing Yacht A Is Out of Dry Dock, No Explanation Given

Many of the world’s most famous and expensive superyachts are now in the headlines for different reasons, after they were either seized by authorities under ongoing sanctions or rushed to safety and stowed away by their owners. So, now what?
8 photos

Since the start of the war in Ukraine, several countries, including the U.S., the UK, and EU members, included Russian oligarchs on sanctions lists and began seizing or temporarily holding their assets. Among those assets is Sailing Yacht A, the biggest and most expensive sail-assisted yacht in the world, a spectacular, $600 million three-mast vessel owned by EuroChem Group founder Andrey Melnichenko.

Sailing Yacht A was arrested in Italy at the beginning of March 2022. At the time, it was in storage in the port of Trieste, where it had been brought in for refits, and authorities confirmed that they had detained it over its ownership: Melnichenko is a known close associate of President Vladimir Putin. Until this past weekend, not much was heard of Sailing Yacht A after the arrest.

Superyacht vlogger eSysman reports that Sailing Yacht A has been refloated (see the first half of the video at the bottom of the page), which means it’s been taken out of dry storage and put back in the water. Its current status is “at anchor” but, for what it’s worth, it doesn’t look like there are any concrete, official plans for it to leave port.

Cases of superyachts being refloated overnight in an apparent bid to flee sanctions do exist: the $400 million Scheherazade, which Putin owns, was refloated and re-supplied while under arrest and then officially seized the day after, as news of its attempt to flee broke. The $400 million The Flying Fox, owned by Dmitry Kamenshchik, spent one month under arrest in the Dominican Republic and then, one day, simply sailed away. It is now in safe waters where sanctions don’t apply.

The same report notes that Sailing Yacht A is probably not going to try to attempt an escape, but rather that the refloating is done by the shipyard because it needs the dry dock for another project. In that case, it would make sense to vacate it by putting Sailing Yacht A into water. Local authorities are yet to offer an explanation for the change in status.

Commissioned in 2015 and delivered in 2017, Sailing Yacht A was built by Nobiskrug with a striking exterior design by Philippe Starck. It is a 469-footer (143 meters) with a generous interior volume of 12,558 GT spread across eight decks, hybrid propulsion, and tech and materials that were developed specifically for the project. Sailing Yacht A is one of the most photographed and yet mysterious vessels ever, described by the shipyard as “one of the world’s largest and most advanced superyachts.” 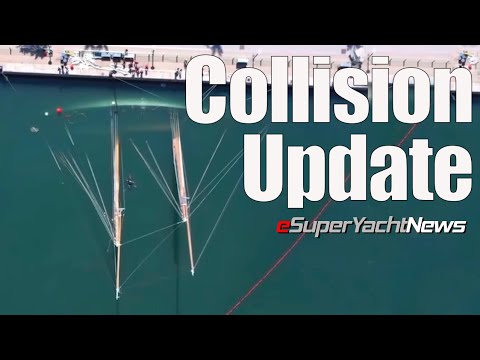 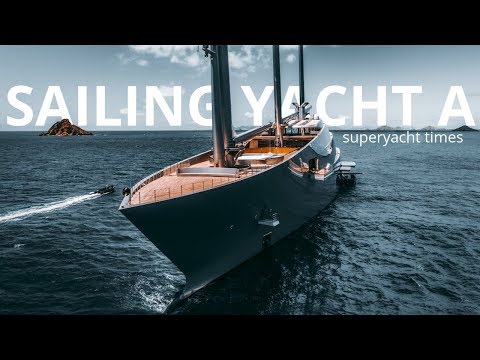