2 From Being Bullied to Million-Dollar Cars, Supercar Blondie’s Story Is Inspirational

3 The McLaren Elva Can Make You Feel “Weird” Driving It, Supercar Blondie Says

4 Homemade Ferrari 488 GTB Goes on Its First Drive, Is Now a Star

In the crowded social media landscape of today, only quantity will get you to stand out. That’s not a universal truth, but it does apply in most cases – as it also does with The DonLad, the self-titled “Richest kid in America.”
17 photos

The DonLad is an influencer, a content creator that makes a lot of money from each of his posts across a variety of platforms, whether they’re YouTube, Instagram or TikTok. British tabloid The Sun estimates he cashes in about $25,000 per post, and he has a net worth of more than $1.2 million already.

The DonLad is also a kid, at least by grown-up standards. He just turned 15: in fact, he’s just gotten his driver’s permit and, with it, his first proper car, a brand new Audi Q5, which he took for a drive (with his mom) and declared far smoother in handling than the Porsche they had before.

Even though he could not legally drive until recently, The DonLad (real name Donald Dougher) boasts quite the experience behind the wheel of various exotics. The Sun claims he owns an entire collection of them, worth close to $12 million, including a Ferrari, a McLaren 570S, a Rolls-Royce Cullinan, a gorgeous, one-off Pagani Huayra Roadster, and a Bugatti Chiron. The idea is that he got all these with revenue from online content and, ironically, he’s not even allowed to drive them yet.

In reality, only some of these cars are his, albeit in his mother's name (the Porsche, her McLaren, and a Ferrari among them). The Bugatti Chiron and the Pagani actually belong to the father of a friend, and the Pagani has long paid the price for the pressing need to get 15 minutes of fame: the friend, also a teenager, crashed it while filming content back in November 2020. The DonLad is only posing with them for clout and boasts of having driven some of them on private property – which is still good enough reason to feel jealous, if you’re into supercars.

Now that he has his permit, The DonLad promises more auto-related videos, so one can only imagine his collection will grow. In his most recent video, he says he started off with golf karts when he was just 6 years old, and moved on to actual cars by the time he was 11 or 12. If you ever wanted an example of why most teens today dream of becoming influencers, he is the perfect one: he has fun for a living and makes a killing out of it, he owns his own house, can afford to buy his mother a McLaren, and gets to test drive some of the most awesome machines out there – many of which he will probably own very soon. 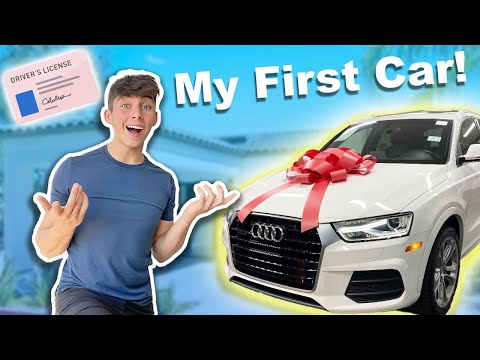