“Fake it until you make it,” goes one saying in showbiz. In this particular case, it would be something more along the lines of “fake it if you can’t afford the real thing,” but either way, these guys have definitely made it.

Homemade Ferrari 488 GTB Goes on Its First Drive, Is Now a Star

The team behind NHET TV, a group of obviously very talented yet untrained dudes from Vietnam, has been making headlines for a long time. They started out by making cardboard replicas of motorcycles and then oh-so-casually wandered off into supercar territory, all the while documenting their projects and adventures on social media and YouTube.

They never specifically set out to make solid replicas for what it’s worth. They couldn’t have, considering what they’re working with.

Their replicas are cheap, made entirely by hand, and mostly use engines from discarded scooters and, every once in a while, a motorcycle. They’re not convincing either, but each one of them, without exception, stands out for the impressive level of detail, dedication, and hard work and is proof of what can be achieved if you just apply yourself.

So, after making headlines worldwide for their Bugatti Chiron and the more recent Lamborghini Aventador SVJ, these talented guys built themselves a Ferrari 488 GTB. The project's description is the same: this is a dream car for them and, since they couldn’t afford it, they build something that looked like the real thing. Unlike the previous two, this one doesn’t use cardboard, having been built with a steel frame and lots and lots of fiberglass and composite glue.

Painted Ferrari red, it has working lights and draws power from an air-cooled engine from a water pump, which they bought from a local farmer specifically for the project. You can start it either with the pull cord in the back or with a switch in the cockpit. They claim the car can go as fast as 60 kph (37.2 mph), which is probably far from accurate – at least, based on how slowly they’re driving it in the video.

Inside the 2-passenger cabin, you get a sound system and a legit wooden dashboard, flashy seats, and an actual steering wheel. There’s a gear shifter, as well. Everything is rough and has that definite “put together from scrap” air, but it’s impressive nonetheless. Let’s just say that this replica is more convincing from the outside (and at a distance) than it is from the inside, and leave it that.

Still, this is the kind of car these guys built with just $1,000 and a few months’ worth of their time. The first video at the bottom of the page offers a making-of of the project and a look at the first drive ever. Even though it’s not road legal, they still risked a fine by getting it on the road where, as you can see for yourself, it drew plenty of attention and admiration.

The second one is a Supercar Blondie video, in which she comments on the project after the guys sent her more footage of it. Needless to say – and regardless of where you stand on the famous carfluencer – her coverage will bring these guys massive exposure.

Apparently, the plan now is not to sell the Ferrari and keep it there with the other replicas. The NHET TV team will continue with projects like this one and will build their very own supercar replica collection. Meanwhile, they dream of one day being hired by an actual supercar maker, so that they can put all their ideas and skill into practice in the real world.

To paraphrase Supercar Blondie, if they’re able to build such replicas with such a tiny budget, can you imagine the amazing stuff that would come out of their hands if they had more resources? 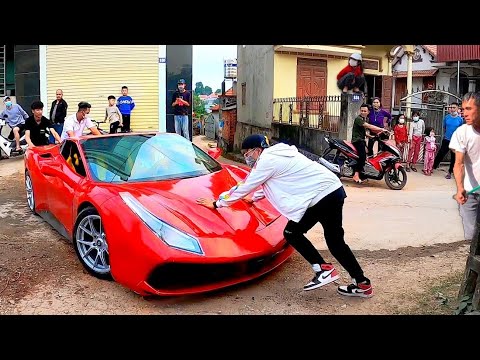 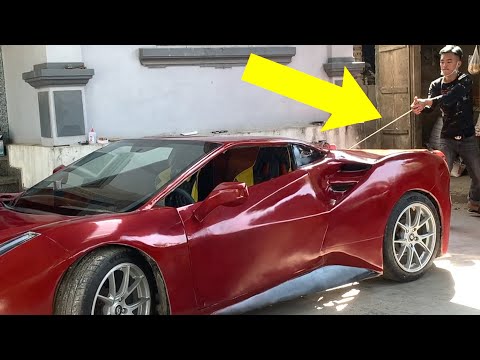