1 Wrong Path? The Recalibrated 2022 Nissan Pathfinder Found the Good One

How long has it been since Nissan separated the Skyline and GT-R into their own things? The R35 will soon turn 14 years, which is a long time for the automotive industry. For reference, Volkswagen introduced the Golf Mk6 in 2008, the seventh gen in 2012, and Mk8 two years ago.
8 photos

Nissan made small improvements to the GT-R to keep it as fresh as possible, which is why Roman and Tommy Mica from The Fast Lane still like the way the R35 looks and feels after so much time. They also like how the force-fed V6 is built by hand in a so-called clean room by master engine builders.

The cavernous trunk, stupendous acceleration, and bolstered seats are strong points in their own right, but not everything is perfect. The key fob, for example, is shockingly cheap for a performance-oriented coupe start costs $113,540 before freight and options. Pretty much all the buttons, R-mode switches, and infotainment system don’t reflect the price tag either.

“But you know what? I still lust after this car [after all these years],” said Roman from behind the steering wheel. On the move, Tommy is much obliged to report that “it does feel rather refined” for a corner-carving and strip-slaying monster. “This is a car that I think it’ll last quite some time.”

There’s an elephant in the room, of course, and Roman couldn’t ignore it. “For $120,000-plus, you could get a 2021 Porsche 911 Carrera 4 that will probably keep up with this.” He does have a point, and it’s also worth noting that a Neunelfer doesn’t offer a lot in terms of standard equipment.

But Chevrolet does with the eighth-generation Corvette, which is going to welcome the flat-plane crankshaft V8-engined Z06 in two months’ time with 17 more horsepower than the 600-horsepower GT-R NISMO. It’s very hard to ignore the Dodge Challenger SRT Super Stock as well because not a lot of production vehicles come with drag radials from the factory. And finally, the Ford Mustang Shelby GT500 offers a lot of bang for the buck. 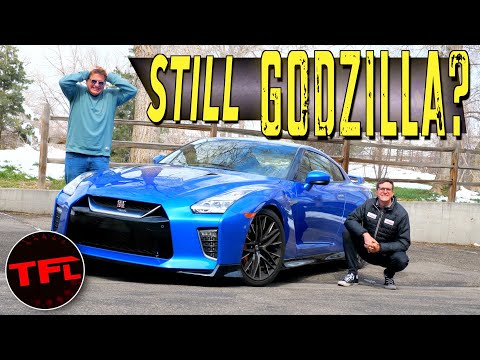