Nissan upgraded the second generation of the Leaf, the first mass-market electric vehicle in the world, and increased both the look and the onboard safety systems of the compact-sized EV.

When the first generation of the Leaf was introduced on the market in 2010, it was the ugly duck of the family, but the one that won the 2011 World Car of The Year award. While it wasn't exactly the best bet in the compact segment, it was actually the best offer for an electric vehicle. It proved that the electric mobility was feasible, despite having a network of chargers at its disposal.

But the ugly duck has been transformed into a beautiful swan, which took off in sales and respect on the market. With the refreshed version, the Leaf became more appealing. Its front fascia lost the chromed V-shape from the 2017 model, and that was the most obvious change. The carmaker also offered a new range of 16" and 17" light-alloy wheel options.

Inside, the carmaker upgraded the infotainment unit with the NissanConnect system, which provided Apple CarPlay and Android Auto connectivity. Thus, the driver could get more out of the car, knowing exactly where they could find the next plug to charge the vehicle and even make a reservation for a charging port. In terms of safety, Nissan introduced the ProPilot assistance feature that kept a safe distance from the car in front. It could accelerate, decelerate, or stop accordingly. 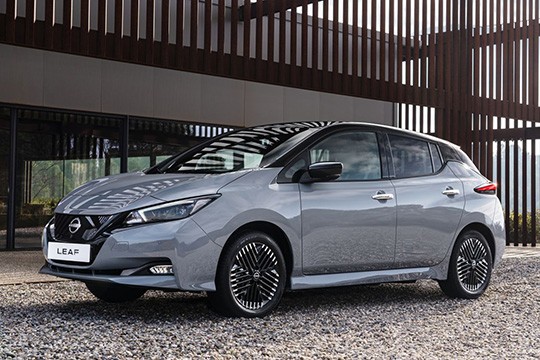