Owning a Lamborghini is probably one of the most special experiences in an automotive aficionado’s life. But how about taking home a special iteration of the track-focused Aventador SVJ that’s been customized to your every wish?
31 photos

Well, according to Los Angeles, California-based Platinum Motorsport – the “leading designers and creators of high-end automotive culture and lifestyle” - one would need to be royalty to know the feeling. At least as far as their latest VIP commission is concerned.

This Lamborghini Aventador SVJ was initially dressed up in Satin Grey from the factory, but the owner previously owned a Reventon (allegedly, the tenth in the 20-unit limited series). So, the LP770-4 has been stripped out and now comes with a stealthy color change to match the infamous paintjob used for the entire batch of Reventons.

More so, it hasn’t remained in stock form. While it doesn’t feature an all-black murdered-out appearance, the SVJ is quite stealthy... at first sight. A second look will show that just about everything has been modified, and now the Lambo features a full Novitec exposed carbon fiber exterior aero kit, a Mansory roof, as well as a bespoke set of wheels.

The one-off setup is also inspired by the Reventon as it’s the sixth vehicle made as a tribute to the client’s Lambo. And it also features forged monoblock wheels equipped with carbon fiber blades. If that’s not enough, wait until you hear the SVJ scream and shoot flames through the Capristo exhaust system from the 1:10 mark.

Now, all it needs is an interior makeover (which is labeled as upcoming) to make HRH Prince Abdulaziz bin Salman Al Saud completely happy. Meanwhile, we must settle for the cinematic shots tucked from the 1:35 and 5:50 marks in between the Platinum presentations.

Oh, and don’t ask us about the technical specifications. They’re not part of the descriptions. So, it’s either the upgrades are also part of a secretly kept formula or the SVJ is mostly stock. That would mean at least 759 horsepower, a sprint time of 2.8s to 62 mph (100 kph) and a roaring maximum speed of 217 mph (349 kph). 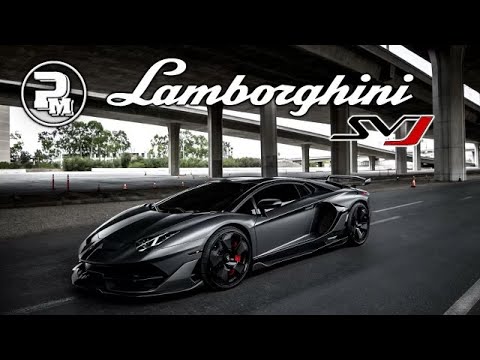