5 2022 Lexus LX Heading to the Middle East for Official Premiere on October 14
Car video reviews:
Up Next

After the introduction of the 2022 Toyota Tundra, the arrival of the all-new fourth-generation Lexus LX closes the loop for North American Land Cruiser aficionados. Sort of, since the latter’s 300 series isn’t offered anymore.

Let’s try and look at the half-full part of the glass. Even if Toyota wanted, it probably would not have been able to fulfill North American orders for the J300 Land Cruiser series. Right now, with all that’s been going on around the automotive world, it barely copes with the extending waiting list for the regions where it committed to delivering the iconic SUV.

So, U.S. fans instead knew from the very beginning that Land Cruisers are no more, and patiently waited for the upscale Lexus alternative. Naturally, many people didn’t sit idle, especially virtual artists. So, ever since the LC 300 was introduced, they’ve been eagerly imagining the possible looks of the 2022 Lexus LX.

And just so they don’t get bored, they even played with the 2022 Tundra and morphed it on occasions into hulking three-row SUVs (sometimes forgetting the Sequoia even exists). Anyway, from now on, there will be two Land Cruiser-related representatives on sale – both the Tundra pickup truck and the LX sport utility vehicle.

Lexus calls the all-new 2022 LX “multifaceted” and we agree. Its design is quite literally riddled with lines and hulking styling details. Naturally, the one that comes forth in the very beginning is none other than its spindle grille, which sometimes takes the form of a series of bars that give out the impression of a waterfall-like shield. A humongous one, if you ask us.

Anyway, the “stunning aesthetic” is owed to the range expansion to no less than five trim levels. From now on, the Standard, Premium, and Luxury grades will also be joined by the all-new, first-ever F Sport and (four-seat) Ultra Luxury trims. Nothing is stopping this luxobarge, it seems, which is only the second model – following the NX – in the “Lexus Next Generation” strategy.

The highlights, however, are impressive. So, let’s take them one by one for a short spin. Among the key technical improvements, we could easily note the adoption of the TNGA-F platform setup. That makes the 2022 LX a little less hulking since it’s now 441 lbs. (200 kg) lighter than before. It’s not all roses, though, as the “four-link axle-type suspension with rear lateral control arms is inherited from the previous model” and the company only operated some refinements.

Just like it happened with the Land Cruiser 300 and the 2022 Tundra, Lexus also dropped the naturally aspirated, gasoline-munching V8 and instead opted to equip the LX 600 with the 3.5-liter V6 twin-turbo (V35A-FTS) engine that’s also available on the Land Cruiser and Tundra. For the Lexus SUV, it churns out 409 horsepower and 479 lb.-ft. (649 Nm) of torque, which may or may not be enough for such a hulking SUV.

There’s just one transmission choice – the Direct Shift-10AT – a ten-speed automatic and Lexus puts major emphasis on the road driving abilities of this frame-based SUV. As such, there are features like the new Active Height Control (AHC) system and Adaptive Variable Suspension (AVS) systems devised to help with smoothing out both “traditional off-road driving performance and vehicle stability, (...) along with supreme on-road ride comfort.”

Going against the off-road credo is easier than ever before. Lexus introduces the option of equipping the LX with 22-inch forged aluminum wheels (their largest ever), while the F Sport grade is exclusively equipped with a limited-slip Torsen differential. Meanwhile, inside there’s a quiet technological revolution.

The Japanese automaker has introduced on the LX their first-ever Lexus Interface dual display “with a 12.3-inch upper screen and 7-inch lower screen.” Up above comes information from navigation, sound controls, and all the Multi-Terrain Monitor off-road goodies. The smaller display was “designed to inform, not distract” and offers climate control information or acts as a Multi-Terrain Select aid. 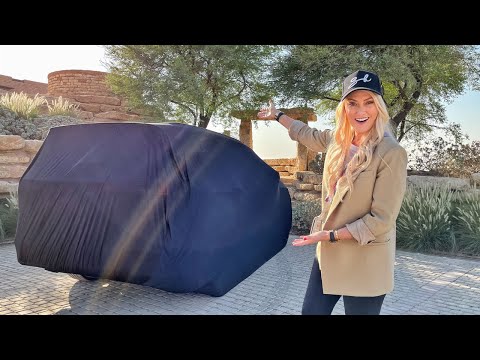