5 A Look Back at No Man's Sky's Story of Redemption, a Space Saga in 17 Acts
Car video reviews:
Coverstory

Many of us, No Man’s Sky fans, have been probably waiting for Hello Games to announce a brand-new expedition before the year’s end. Thankfully, the studio had a much bigger surprise in store for us, although for those who played the game last year around the same time won’t probably be that much of a surprise.

No Man's Sky Expeditions Galore Ready for the Holiday Season

Long story short, Hello Games has just confirmed that Expeditions Redux is making a comeback in 2022. One year ago, instead of launching one last expedition to end the year, the studio re-ran the entire year’s lineup of expeditions over a period of around two months.

Starting today, the same thing is happening for those who play expeditions in No Man’s Sky. The redux format is meant to offer players who didn’t have time to play, the chance to finish some of the expeditions that were available in the game throughout the year. And since the holiday season is upon us, fans will have a little more time to play these events that they missed and reap the rewards.

That said, four expeditions will be re-run for the next two months starting on November 24. Here are the expeditions that will be available and the calendar so that you know when to log in:

Even if you don’t manage to finish any of these expeditions, you’re still going to get rewarded for achieving some of their objectives. Still, if you’re determined to bring them all home, you’ll be happy to know that rewards for these expeditions include the Exotic Wingpack customization, the Helios and Quad companions, and the legendary Leviathan Frigate, among other nice in-game items.

Apart from sharing the news about the new expeditions available for the next eight weeks, Hello Studio released a new update (4.07), which includes the Redux editions for the expeditions, as well as a number of stability and gameplay fixes:

But wait, there’s more! Almost 50 bug fixes have been implemented with this particular update, so make sure to check out the full patch notes for all the details. And yes, the update is available today on all platforms, including PC, PlayStation, Xbox and Nintendo Switch.

Sadly, no teasers for the next year were released, but the studio did confirm that “plans are well underway for 2023.” Of course, that’s on top of the No Man’s Sky development for macOS and PlayStation VR2, which has already been confirmed to arrive next year. In fact, we already know that the PlayStation VR2 version of No Man’s Sky will be coming as a free update in February 2023, on the same day that the hardware will be launched on the market. 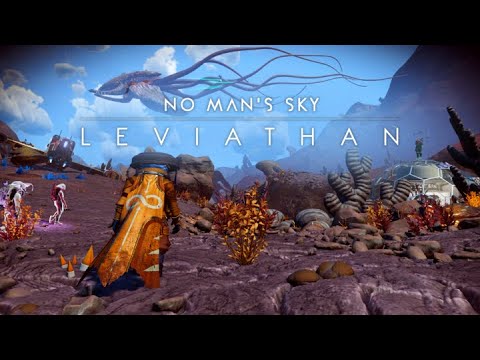