2 A Look Back at No Man's Sky's Story of Redemption, a Space Saga in 17 Acts

3 Did Aliens Plant This Monolith in a Remote Area of Utah Or Is It Art?

4 UFOs Exist and They Came for Miley Cyrus (Seriously)

Home > News > Videogames
Cosmin Vasile
Once again, No Man’s Sky had a very busy, yet successful year. With no less than four major updates released throughout 2021, Hello Games’ title is becoming better and better. The 5th anniversary year started back in February with the Companions update, followed by Expeditions in April, Prism in May, and, finally, Frontiers in September.
6 photos

Out of these four major updates released in 2021, Expeditions was one of the biggest surprises due to its popularity among both newcomers and veterans of the game. However, since this was a limited time event, many missed it entirely or only scratched the surface of what it can truly offer.

Well, the team at Hello Games thought it would be nice to end the year with a bang, so starting today, November 24, and until January 19, No Man’s Sky players will be given the chance to enjoy Expeditions, one of the most popular pieces of content released in 2021, once again.

Next, we have expedition number 3 – Cartographers, which will be available between December 22 and January 4. Last but not least, the Emergence expedition will end the cycle, so make sure to check it out between January 5 and January 19.

To start an expedition instead of loading a save, choose Community Expedition from the mode select screen. Since each expedition will run for just two weeks, they have been tweaked to account for this shorter time window. Also, each expedition has been given a new starting planet and route through the galaxy.

Mass Effect’s iconic Normandy spaceship is making a comeback as well, so players who missed it the first time can get it as a reward during the second expedition, Beachhead/Normandy.

Expeditions are a new way for No Man’s Sky new players to find a part of the new universe they did not visit yet, while veterans of the game will find the challenges of this new mode a refresher for what the game has to offer. 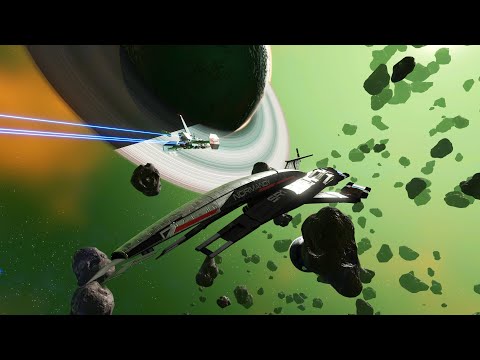