1 Will Humans Be Able To Coexist With Robotic Trees in the Future?

3 This NASA Spacecraft Could Have Put Americans on the Moon in 2018, But Congress Stepped In

Home > News > Videogames
Cosmin Vasile
No Man’s Sky has had an amazing streak of updates this year which doesn’t seem to end. Teased by Hello Games’ co-founder Sean Murray early this week, the newly revealed Endurance update brings a bunch of new features and improvements to the game.
9 photos

The update includes a huge number of changes to capital ships, freighter base components, organic ships and frigates, base building, asteroids, missions, as well as visual improvements, space atmospherics and quality of life improvements.

The main highlight of the update is probably the freighter overhaul. With the Endurance update, freighter bases have been completely redesigned, with a slew of new parts and themed rooms allowing players to assemble a visually varied and distinctive home in the stars. All pre-decorated rooms can be further customized, but players can also use empty rooms variants and decorate them as they see fit.

Not to mention that freighter exteriors have been visually upgraded with enhanced textures, improved colors, and high-details surface decoration. All civilian freighters are now pre-fitted with a variety of bases, which can be modified and expanded after purchase. More exciting is the fact that freighter bases can now be extended beyond the hull, with observation decks and catwalks, which should provide a direct view of the space.

Another important addition to the game involves organic frigates. Starting with Endurance, players may encounter organic frigates as they explore deep space. They can even build their own fleet of these beings, although that might lead to weird results when these are deployed on fleet missions. Players can even evolve the traits and stats of their organic vessels by feeding them directly from the Fleet Management screen.

With a new update comes a new expedition too. This one is called Polestar and will take players on an interstellar cruise across the galaxy in their capital ships. Players must repair a freighter’s unique technology, uncover its mysterious past, and earn various rewards in the process, including an exclusive freighter engine customization, new base parts (including a flaming barrel), a unique cape design, a mysterious jellyfish companion, and much more.

Although these are among the most important changes coming to No Man’s Sky with its 20th major update, there’s a lot more about Endurance, so make sure to check out the patch notes for the full rundown of new features, improvements and bug fixes. 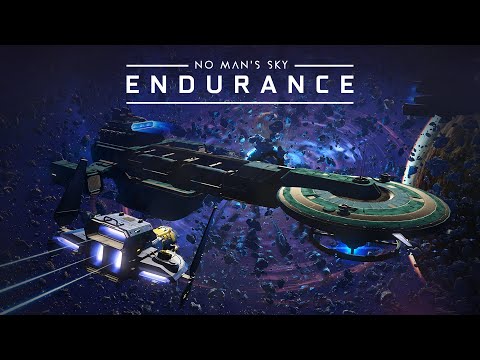