Home > News > Videogames
Cosmin Vasile
Although it was a disappointing year for Microsoft when it comes to its own games, more and more people are joining Xbox Game Pass. And for good reason considering Microsoft is bringing some of the best games to those who subscribe to its games service.
7 photos

However, things will change for the better in the next year, as Microsoft is ramping up work on some of the triple A games it has under development. One of these games, Starfield, has been delayed onto early 2023, alongside another high-profile title, Redfall.

Thankfully, Microsoft and Bethesda did not wait until closer to launch to release the first official gameplay trailer for Starfield. At the Xbox & Bethesda Games Showcase over the weekend, we got our first look at the upcoming game.

Specifically designed for next-generation consoles, Starfield is an action RPG with a heavy focus on exploration. Granted, the footage showcased does reveal some of the game’s technical issues, like very low frame rates during shooting scenes, Bethesda fans remain hopeful that Starfield’s other gameplay features highlighted in the trailer will prevail.

After the release of the footage, one of the most anticipated games of 2022 has suddenly turned into a controversial title. Many have compared Starfield with No Man’s Sky, at least when it comes to resource gathering, and decried the low frame rates experienced during fighting scenes, as well as the low-quality character models.

On the bright side, Bethesda’s Todd Howard revealed that players will be able to build their own outposts and even spaceships, using the resources they gather throughout their adventures. But even more exciting is the fact that Starfield features nearly 1,000 planets that can be explored. Although most of them will be barren, it will be interesting to see if at least players will be able to gather resources on these planets.

Bethesda’s most ambitious game to date, Starfield is expected to arrive exclusively on Xbox Series X/S and PC in 2023. More importantly, the game will be available for free on day one with Xbox Game Pass. 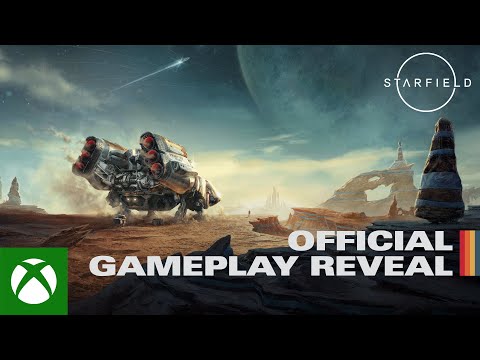