1 Fernando Alonso Signs Contract Extension, Will Continue to Race for Alpine F1 in 2022

2 Trailer for Netflix's Scumacher Biopic Released, It Could Make You Weep

Dragos Chitulescu
People are different and we have to accept that as a fact. And I get to see that everywhere. Even inside my own family. While I'm a motoring fanatic, my father couldn't care less about motorsports or cars in general. And that's ok. But somehow I was still shocked when I discovered that some people hate the "Drive to Survive" series.
6 photos

I was about 10 years old when I started watching Formula 1 races on every possible occasion. The V10 era provided an amazing show to anyone that would tune in. My interest started going down when the switch was made to V8 engines. But it hit rock bottom sometime around 2009 or 2010. At that point, professional drifting had acquired my full attention. With that in mind, I rarely watch F1 races anymore.

Interestingly enough, my journey with professional drifting led me to the creation of a video series that was focused on backstage action. Together with my team at the time, we would document the intricacies and rivalries of the sport, as no one had seen it before. And that video series had a strong impact on the audience, bringing more fans into the sport than anyone had expected.

If you've ever seen at least an episode of "Formula 1: Drive to Survive", you'll notice the similarities to my story. I've always been a bit of a Netflix skeptic, as I've never really enjoyed their in-house productions. With that in mind, I got into their F1 series almost one year after its initial launch. It was during the start of the 2020 International health crisis that I started binge-watching the first 20 episodes. And I was completely hooked.

When I found out that I'd have to wait another year for the third season to be broadcasted, there was only one thing left for me to do. I started getting reacquainted with Formula 1. I started looking at race reports, reading about drivers I'd been following in the old days, and so on so forth. And I went even further than that. I recommended the series to all of my petrolhead friends and even to some people that I knew had no interest in motorsports.

Somehow, "Drive to Survive" had delivered the excitement and madness of Formula 1 straight to people's homes, and I saw nothing wrong with that. Today, the fourth season of the series was confirmed by the people over at Formula 1. It will go live in a few months, probably before the start of the 2022 F1 season. I've been watching the action closely all year long, and I can't wait to see some insights when the first episodes go on air. But today I was also shocked to see several communities having a strong negative reaction to the news.

Several groups thrive on making fun and pointing fingers at the sport and sometimes at the drivers. Once the snowball gets rolling down the hill, their initial comments stir up a lot of feedback from other people as well. As it seems that some self-claimed, hardcore F1 fans utterly hate the "Drive to Survive" series.

I've even seen people comparing the show to soap operas. Some have noted that most of the information is fake and portrayed in an overly dramatic fashion. And I can't help but wonder if I've been blinded by the film-making skills of the producers. It's either that or some people just love to live their lives spewing out negative emotions and thoughts, regardless of the topic. What I'd encourage you to do is to go see the show, and decide for yourselves. There's a good chance that you'll love it! I'll leave you to a trailer of season 3! 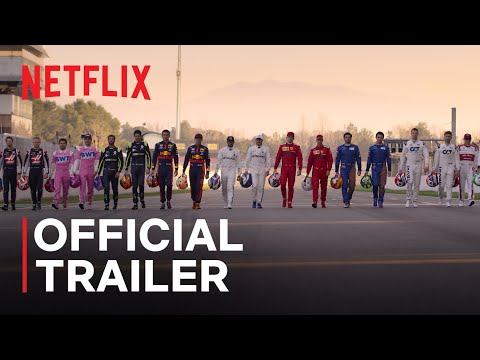