4 Ford Fusion Returns to Americas for a Third Stint, Albeit Only in Virtual Evos Form

Fans already know that an off-road legend is no longer with us, so there is no use beating around the bush. Still, at least virtually, a Mitsu Pajero pickup truck would have been much cooler than the real-world alternative.
22 photos

As it turns out, it was nowhere near enough that Mitsubishi Pajero enthusiasts had to contend with the discontinuation of the beloved nameplate following the lackluster reception for the long-running fourth-generation mostly based on the automaker’s neglect. To add insult on top of fan injury, the factory once handling its production was taken over by a company that makes stuff like toilet paper and facial tissues…

Now, that has certainly not dissuaded virtual automotive artists from imagining potential comebacks or thinking of digital ways for the obsolete fourth-generation Pajero to become relevant once again in the face of raising love for crossover SUVs and pickup trucks, more than anything else. So, in direct reference to a prior digital project where the Toyota Land Cruiser Prado morphed into a pickup truck, now the pixel master better known as Theottle on social media has decided to tempt our imagination with the illogical assumption that Mitsu's Pajero also lived on in a commercial form.

Thus, layered on top of the boxy, old-school SUV body came a little bit of virtual Nissan Navara DNA for the front POV and some Mitsubishi Triton/L200 genes spliced in for the rear point of view. Frankly, combining the Pajero nameplate with Navara and Triton/L200 design cues is a much better alternative to what really happened in the real world. And that is valid even if not everyone will appreciate the fact that no styling enhancements were made to assume the mantle of a modern build.

Alas, this is all digital smoke without production fire, just like with the continued attempts to attract the attention of Mitsubishi that a Lancer Evolution revival would be way cooler than what Subaru has recently done with the new WRX. So, this remains, as always, merely wishful thinking. 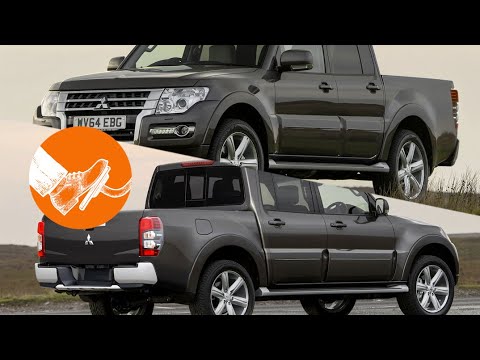