3 Boeing Launched the Largest, Longest-Range and Most Capable Twin-Engine Freighter

5 $600K Was Not Enough for This Street Legal Airplane in 2020, Here It Goes Again
Car video reviews:
Coverstory

Cosmic Muffin is the kind of name you can’t easily forget, but its appearance is even more memorable. Cosmic Muffin is a piece of aviation history and a brilliant example of creative recycling, and now a museum showpiece that needs to have its story out to as many people as possible.

Cosmic Muffin started out as a Boeing 307 Stratoliner, one of the 10 units ever built for the American commercial transport aircraft that was the first to offer a pressurized cabin and, thus, a cruising altitude of over 20,000 feet (6,000 meters). Entered into service in July 1940, it offered a 30-passenger and 6-crew capacity. But this unit wasn’t like the other nine.

In 1939, American billionaire, record-setting pilot, engineer, film director, and philanthropist Howard Hughes started making plans for a goodwill flying tour of some of the world’s capitals, and a Stratonliner was just the thing he needed. He paid a reported $315,000 ($6,551,750 in today's money) for one directly to Boeing, customized it, and started flight tests. But then World War II happened, and all of Hughes’ plans fell apart. The plane sat in storage for a number of years as the U.S. Army repeatedly tried to claim it for service. To avoid that, Hughes kept it mostly in parts.

In 1949, Hughes decided to part with the Stratoliner, so he gave it a remodel. He invested $400,000 ($8,319,683 in today's money) into further customizing it and turning it into “The Flying Penthouse.” It lived up to its name: with a redesign by Raymond Loewy and creative input by actress Rita Hayworth, it now featured a bar and a generously-sized lounge, bunk beds in the rear, and a very spacious bathroom. Houston millionaire Glenn McCarthy bought it on a lease, offering it for celebrity flights to and from Shamrock Hotel under the moniker The Shamrock. When McCarthy defaulted on payments, Hughes got the plane back.

In 1964, now the property of a Florida company, the aircraft sustained severe damage during Hurricane Cleo and was deemed no longer flight-worthy. Its tail and wings were cut off, and it was about to be sent to the junkyard when Ken London bought it. For the next five years, London oversaw its transformation into a motoryacht, which would launch under the name Londonaire. Twin V8 engines were added and linked to the original aircraft controls, and, surprisingly enough, the interior layout was maintained original.

In 1981, Fort Lauderdale resident Dave Drimmer saw a classified ad for a 56-foot (17-meter) boathouse asking for $8,500. He’d already lived on a houseboat, a rental, and wanted to buy his own, but he still thought something was wrong with the listing: it looked as if it was missing a zero. When he went to check out the yacht, he found that it was actually a plane and that it floated. Against all advice, he bought it at a discount, for $7,500.

Under Drimmer’s ownership, Londoaire became the Cosmic Muffin, but only because singer Jimmy Buffett saw it, liked it, and included it in his book Where Is Joe Merchant?. As Drimmer explains in one of the older interviews available below, he felt obligated to adopt the name because it had made his boathouse famous.

And famous it was (*in the Past Tense). Drimmer personally restored the houseboat to its glory days, installing a solid teakwood floor and repairing the hull. When he bought Cosmic Muffin, he had no idea of the Howard Hughes connection, but as soon as he found out about it, he started to restore the original elements and work around them. These included the corner bar, the airplane seats in the lounge, and the cockpit, which still has the original airplane controls and seats. He estimated he spent between $150,000 and $200,000 to turn Cosmic Muffin into a home, which included replacing the bunk beds in the rear with a queen-sized one.

Drimmer called Cosmic Muffin his permanent home until 2000 when he moved on land because the cost of constant repairs was taking a toll on him. He turned the unique vessel into a commercial cruiser then, and he sailed it until 2016 when he (reluctantly) donated it to the Florida Air Museum in the hopes that it would find an investor to repair and restore it. During this time, it was featured widely in national and international media, including on Oprah, CNN, Ripley’s Believe It or Not, and print magazines.

It thrilled passers-by and tourists alike, both in motion and at anchor. Here was a wing-less, tail-less airplane that glided on water, that looked like a boat on the outside but was clearly an airplane inside. Aaron Kiss, the captain of Cosmic Muffin, once said that “driving it is like driving a school bus. On ice. Backwards. Downhill. Blindfolded, and occasionally a little drunk,” but you couldn’t tell by how swiftly it moved on water.

In one post-donation interview, Drimmer said that he was feeling “donation regret” because he thought the Museum was wrong not to display the Cosmic Muffin, which had now been renamed the Which Craft? Planeboat. Still, he said it was good to know that his former home was out of the water and into safe storage. Which Craft? Planeboat has since been repaired and restored, and is on display.

While cases of aircraft turned into homes or even boats do exist, the Cosmic Muffin is perhaps one of the most iconic because of the Stratoliner’s rarity, the Howard Hughes connection, and its colorful, fascinating history. 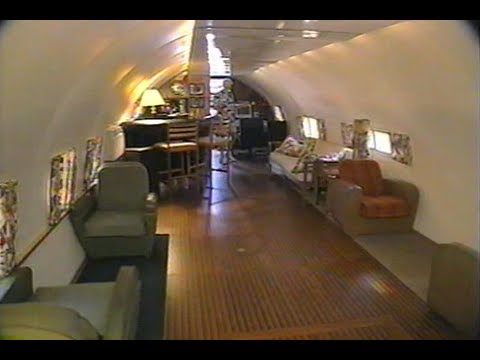 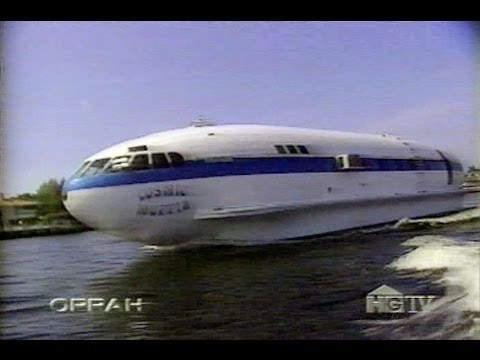 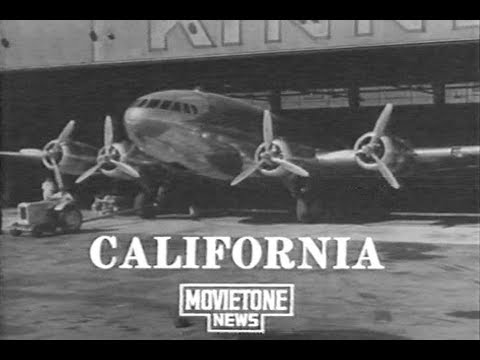