Andrei Nedelea
Jaguar makes cars that are certainly appealing and really good to drive, yet they often seem to be not quite up to the level of their German rivals - this is reflected in the massive difference in sales figures.
11 photos

But it’s not just down to the quality of the cars themselves, but also the sheer number of modifications available for premium German cars. And these modifications go so far as to even completely replace the car’s badge with that of a company that heavily revises them - just look at Alpina for BMW and Brabus for Mercedes-Benz.

Jaguar needs something of the sort too, so we’re happy to see U.K.-based sports car maker Lister is providing quite a similar service for some of the Big Cat’s models. Just like Alpina and Brabus, Lister will sell you a brand new modified Jaguar that is no longer officially called a Jaguar, and that’s just great.

The first such model to be launched is the Lister LFT-666 (also available as the drop-top LFT-C), basically an enhanced version of the Jaguar F-Type two-door. How has Lister enhanced it? Well, it’s given it the same 5-liter supercharged V8 that you get in the F-Type SVR, only it’s been modified to pump out 666 horsepower and 976 Nm (720 pound-feet) of torque - the company also upgrades the brakes, suspension and the tires to help keep the extra oomph in check. 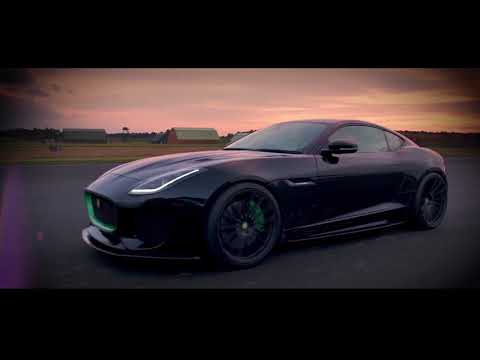 With its impressive horsepower rating and earth-shattering torque figure, the LFT-666 sprints to 100 km/h (62 mph) from standstill in 3.2 seconds, and it will keep accelerating to 335 km/h (208 mph). Other mods done to the vehicle include the addition of a titanium exhaust that’s 10 kg (22 pounds) lighter than stock, 21-inch lightweight alloys, and it can also be had with a carbon fiber hood which adds £14,850 to the £141,155 asking price.

Only 99 examples will be made and you’ll easily be able to tell them apart by their Lister badging, the color combination and the special full Nappa leather interior that can be had in 36 different color combos. It also has Lister logos stitched into the headrests, as well as a different badge on the steering wheel to match the one up front on the grille.

After making the F-Type faster, cooler and more desirable than it already was, Lister then proceeded to modify the F-Pace SUV and called it the LFP SUV. Production run is limited to 250 examples.

Again, they used the 5.0-liter V8 from the F-Pace SVR which was enhanced thanks to new supercharger pulleys, a bigger intercooler, a different air intake and a revised ECU. Its power output is ever so slightly higher than that of the LFT-666, with 670 horsepower and the same torque figure.

More recently, Lister got its hands on the Jaguar I-Pace which it also managed to make cooler - it is simply dubbed the Lister SUV-E. The company doesn’t say how much more power it managed to squeeze out of its all-electric powertrain, but it does say its version of the I-Pace is more powerful.

Probably more impressive is the claimed 100 kg (220-pound) weight shedding it’s been put through. It still weighs just over 2 tons, yet Lister says its claimed benchmark sprint time has been cut by half a second to 4 seconds flat, and with less weight to lug around, its handling should have been improved too.

Inside, you can expect the usual quilted Nappa leather finish, complete with stitched logos in the headrests and subtle details to let you know it isn’t a regular I-Pace. The Lister SUV-E really has the potential to become one of the better handling EVs on the market, because the I-Pace is already pretty good (not only by SUV and crossover standards).

The asking price for the Lister SUV-E is £120,000, almost twice as much as that of a standard I-Pace, but the number of examples will be limited to no more than a few hundred, and since they will be perceived as collectors’ items, they will still sell.

The Sherloak Tiny Home Is Truly Unique, With Secret Sunroom and Gorgeous StylingSee all coverstories