4 Tern's New Cargo Wheeler Is Dubbed the Multitool of E-Bikes, Is Sturdy and Ready to Haul

5 The Real Roadrunner Is a Beastie Two-Wheeler That Packs Two Motors and an Enormous Battery
Car video reviews:
Coverstory

Technology seems to be affecting absolutely everything around us. One industry seeing a tremendous amount of R&D is the cycling industry. Heck, nowadays, we even have things like ABS for our timeless bicycle.

If You Didn't Know ABS for E-Bikes Exists, Take a Look at What Bosch Has To Offer Cyclists

That right, folks, ABS for bicycles exists and has been available for some time now. While it may seem a bit crazy to do something like this, Bosch, the team behind the ABS we're looking at today, shows us why such systems are being developed and why our future bicycles may be nothing like the ones we grew up with.

In light of EV Month here on autoevolution, I talked to Bosch about the e-bike industry and how their presence seems to be shaping this mobility sector. Well, during our conversation, one feature that came up was ABS. Since I wasn't familiar with this particular component for bicycles and e-bikes, I naturally looked into Bosch's work. That's what we'll be looking at today.

Now, for us, ordinary folk, the ones that grew up without fancy hydraulic brakes, locking up your brakes may have been something you didn't experience often. However, as time went on and technology got better, components dropped in price, and these days, nearly any bike you buy over $600 can be equipped with hydraulic brakes. The question is, do you really need them?

Well, most manufacturers seem to think so. But that begs the question: Why? One reason manufacturers are pushing for hydraulic brakes is that they offer more stopping power than mechanical brakes, be they on a disc or rim. But part of the story also has to do with the incompatibility between different hydraulic brake brands; it's a way for manufacturers to ensure the selling of their own components. Yet, when we think of braking systems on e-bikes, we need to analyze things differently.

Something magical happens when you start adding things like a battery pack, motor, torque sensors, controllers, and extra lines, your bike is bound to get heavier. Now, take a heavier bike, add some fifth-grade laws of physics to it (something about objects in motion), and you may need to seek the stopping power of hydraulic brakes. Back to square one, it is.

Since e-bikes look as though they're here to stay, and hydraulic brakes are strong and making people money, Bosch decided they would tackle some of the issues associated with hydraulic braking and solve them with modern solutions. How did they do this? Simply by creating an ABS.

According to Bosch, 34% of all bicycle accidents happen because riders lock up their front wheel, a mistake I, too, have made. Doing a scorpion with a bike is one thing, but performing one with an e-bike, hauling butt, and doing it with a heavy machine (some weighing as much as 60 lbs or more), can be fatal, especially if helmets are omitted.

Now, just like ABS on your car, Bosch's is meant to keep your brakes from locking up while offering the maximum stopping power possible. But for this ABS, rather than pumping your brakes, if wheel lock is anticipated by the sensors monitoring each wheel, the control unit mounted to the handlebar will only modify "the braking pressure." Nothing about classic pumping is mentioned.

The system doesn't just work on the front wheel alone; the rear wheel gets some attention too. Here, if the rear sensor senses any disruption to safe braking conditions, the ABS is triggered, and it ultimately helps keep the rear tire from lifting and flipping you over. However, this feature seems to be more the result of the ABS acting on the front brake. After all, how often have you seen someone flip because they braked only on the rear?

So, how good is thig setup? Well, with the ABS in place, Bosch is reporting a reduction in accidents of 29%, results obtained from a "Bosch accident research study." a near 30% reduction in accidents? Seems pretty legit, considering some OEMs are selling this system for around 500 EUR (552 USD at current exchange rates). Oh, and speaking of weight, you'll be making your e-bike heavier with about 800 grams (1.76 pounds) or so. But that doesn't matter anymore.

Diving deeper into the system, I found out that a brake component manufacturer was called upon to develop the system, Magura, so give them a big thank you for providing levers, lines, discs, pads, basically all other components of the braking system.

As cool as all of that sounds, how come we haven't seen much or heard much about this system? After all, it's been around since 2017 or so. Nothing of what I'm about to say is official, but I think it has a lot to do with that massive bulge hanging off your handlebar. Then you've got extra brake lines and extra gear too. Seems a bit much, and I may not be the only one who feels this way. What about you? Do you feel you'd mount this system to your bike, or would you look for alternatives? 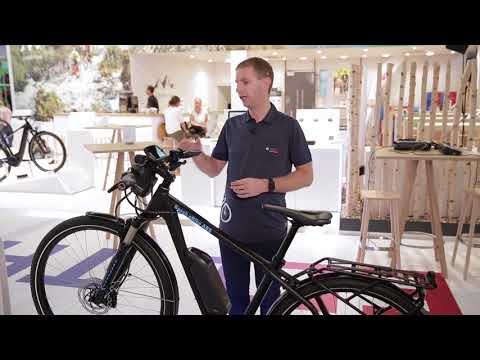 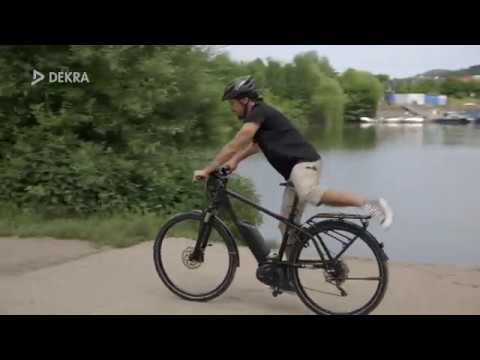