1 Hold On for Dear Life, as the 311-MPH Hennessey Venom F5 Attacks the Goodwood Hill Climb

5 Top Gear Drives the 1,817-HP Hennessey Venom F5, Socks Get Blown Off by the Performance
Up Next

Mircea Panait
Hennessey Performance Engineering, the Sealy-based company specialized in big-power tuning packages, recently sent a Mammoth 1000-upgraded Ram 1500 TRX and two Fords to the Glamis Dunes for a series of torture tests. Of course, each truck rose to the occasion.
9 photos

The high-flow supercharger is gifted with upgraded front- and rear-drive pulleys and the list of improvements also includes a crank damper pin assembly upgrade. Proprietary calibrations were performed to the 6.2-liter engine and eight-speed automatic transmission control modules. The spark plugs, injectors, thermostat, and filtration system were upgraded as well.

Switching over to Ford’s off-road machines, the half-ton pickup is an F-150 Raptor with the VelociRaptor 600 package. That’s 558 horsepower and 672 pound-feet (911 Nm) of torque from 3,500 revolutions per minute, which is tremendously good for a twin-turbo V6 that displaces merely 3.5 liters.

These numbers were made possible through software calibration, a high-flow air induction system, a front-mounted intercooler of the air-to-air variety, and an intercooler piping upgrade. Similar to the Mammoth 1000, the VelociRaptor 600 comes with a serial-numbered plaque underhood.

Hennessey’s three amigos wouldn’t be complete without Ford’s redesigned Bronco, which is based on the Ranger mid-size pickup rather than the F-150. The VelociRaptor 400 package of the pictured utility vehicle was developed specifically for the 2.7-liter EcoBoost V6. At press time, Hennessey doesn’t have any go-faster mods for the 2.3-liter EcoBoost I4.

Massaged to 400 horsepower and 503 pound-feet (682 Nm) at 3,900 revolutions per minute, the VelociRaptor 400-tuned Bronco rocks a specific front bumper with cube fog lights, front and rear leveling kits, and an upgraded exhaust that helps the six-pot breathe out better. 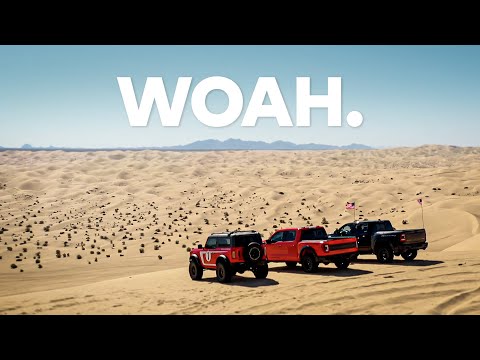