1 Famous YouTuber Drives the Hennessey Venom F5, Says It Feels Like a P*ssed Off Lotus Elise

2 Top Gear Drives the 1,817-HP Hennessey Venom F5, Socks Get Blown Off by the Performance

3 Hennessey Blowing the Top Off the Venom F5, Roadster Due This Summer With 1,817 HP

Hold On for Dear Life, as the 311-MPH Hennessey Venom F5 Attacks the Goodwood Hill Climb

After several journos were allowed to drive the Hennessey Venom F5, the tuner-turned-automaker set the hypercar loose at the Goodwood Festival of Speed, where it took on the famous Hill Climb.
8 photos

Recorded over the weekend and shared on the event’s official YouTube channel, the run took a little over a minute and was shot from inside. The video is embedded at the end of this story and puts the spotlight on the hard-to-tame nature of the American beast.

Don’t go scrolling down just yet, as we still have to remind you about some of the things that make it a dream machine, starting with the carbon fiber tub, and body panels made of the same lightweight material, to the two screens inside, yoke steering wheel, and a pair of bucket seats. Minimal sound deadening enhances the experience, further connecting the driver (and the person riding shotgun) to the car.

As far as the performance goes, Hennessey claims that the Venom F5 is capable of hitting the 62 mph (100 kph) mark in less than 3 seconds and that it can go from rest to 124 mph (0-200 kph) in under 5 seconds. Keep the right foot pinned to the floor, and the speedometer will eventually read over 311 mph (500 kph), or at least that is what the American company hopes to achieve.

In terms of power, you are looking at a 6.6-liter V8, sourced from General Motors, and tuned to the teeth by Hennessey. The twin-turbo lump is good for 1,817 horsepower at 8,000 rpm, which is much more than anything Bugatti currently makes.

In true hypercar fashion, production of the Hennessey Venom F5 is capped at 24 units, and all of them were sold out, despite the steep price starting at more than $2 million. The question is, would you have bought one if you had that much cash lying around? 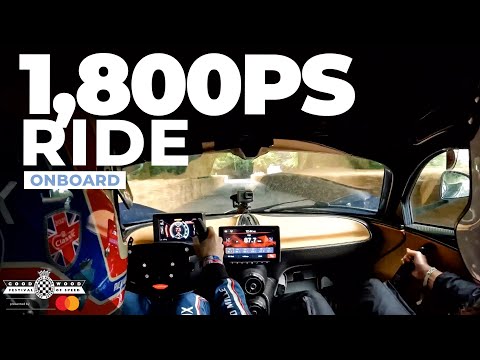