3 4WP Ford Bronco Shown From All Angles and in Action, Looks Trail-Ready Awesome

Home > News > Tuning
Aurel Niculescu
Just about everybody knows that Ford crashed Jeep's party at the Easter Safari in Moab, Utah big time a few days ago. It did it with a barrage of 2021 Broncos brought for customer trials, and by also introducing a slew of customized 4-Doors (and a lonely Bronco Sport). Naturally, everyone has focused on the latter bunch above everything else.
19 photos

We have seen interesting Blue Oval happenings take place in Moab these past few days, such as Loren Healy and Vaughn Gittin Jr.’s outing at the “Top of the World Trail” in a red Bronco or that screeching moment when five examples of the reinvented SUV nailed a synchronized 180-degree turn with help from the Turn Trail Assist feature.

If you’re looking for something to help you decide between the new aftermarket builds, though, the walkarounds (both from the companies and The Bronco Nation) usually provide an insightful look at many of the quirks and features. Naturally, we all have our favorites, so to make sure you’re not missing anything, we’ve also embedded below a separate video that covers all 4-Door builds in one take.

Back to the RTR Vehicles 2021 Ford Bronco build, this time around, the guys over at Bronco Nation did the right thing and passed the baton directly to Vaughn Gittin Jr. Frankly, he does a much better job and in just five minutes got me personally convinced the RTR take should be up high on my favorite list alongside the 4 Wheel Parts Bronco.

By the way, I also think the RTR Bronco is the best looking of the bunch when featured with the top down. As Vaughn hints, it’s also one of the more restrained takes on the Broncos, although in turn, it’s riddled with neat little secrets.

For example, the graphics package (which is available in a number of colors) extends onto the cage, which is absolutely cool, while the “B(RONC)O” conundrum will be rendered mute thanks to RTR’s new grille, which doesn’t come with the troublesome lettering.

As a bonus feature, we’ve also embedded below the walkaround feature for the custom 2021 Ford Bronco Sport with 4WP elements because we really think the crossover sibling is well worth our time and money as well. 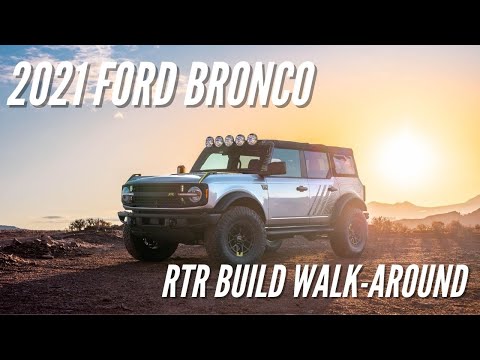 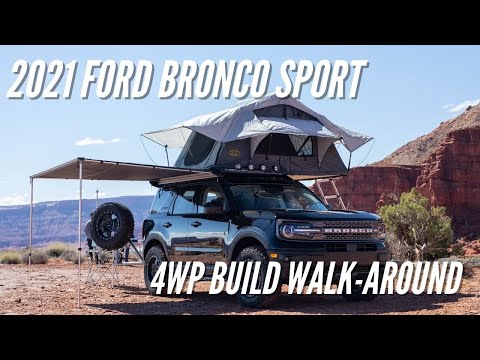