Home > News > Classics
5 Jul 2022, 10:21 UTC ·
by Ancuta Iosub
Jay Leno is known to be an avid lover of the cars of yesteryears, as the famous TV host has an impressive collection of pricey classics. Overall, his garage is worth over $50 million (47,9 million Euro), but despite his taste for top-of-the-line models, it seems some more reasonably priced cars have also caught his attention.
6 photos

Italy’s iconic Fiat Topolino has found a place in Jay Leno’s heart and is currently the cheapest car in his garage. Just imagine how this little, literally little, piece of automotive history looks in a garage full of priceless classics and thousand-horsepower monsters.

Originally introduced in 1936, the Fiat Topolino was the very first version of the 500, a car that put Fiat on the international automotive map and paved the way for the Fiat New 500 of today.

The small car is powered by a 569cc four-cylinder engine that allowed drivers to reach about 54 miles per hour (86,9 kph), and that was just enough for the period.

The majority of the vehicles in Leno’s collection are examples of cutting-edge engineering, with innovative technology for their time and place. As such, the Fiat Topolino’s place in such a diverse garage is plainly justified, as it, too, was an engineering marvel in the late 1930s.

“You look at it and think, 'I bet it's Italian'--it has a flair, an Italian-ness to the styling. I don't think anyone could come up with a better looking car today. Don't think of it as a 1930s car. Put it next to a Fiesta, or a Geo Metro, and the eye would go to the Topolino, 'cause it's the prettiest,” says Jay Leno about his Topolino example.

While the Topolino is the cheapest car Leno possesses, the least expensive one he bought new is the Indian-built Tata Nano, which was also the world’s cheapest car when it launched in 2008.

Leno had this one imported from India, and when he filmed a YouTube video of the car for his channel, Leno wore a Sherwani suit that was actually more expensive than the Nano. 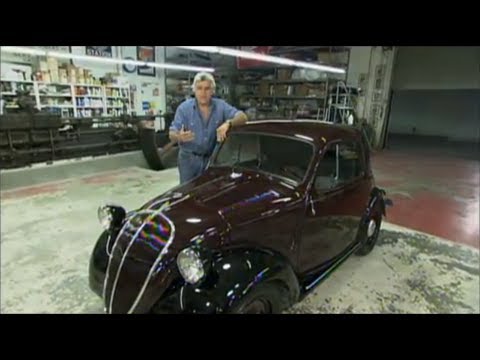