2 Shmee150 Delivers Lamborghini Urus Walkaround, Will He Buy One?

Who's the first person you associate with a specific Ferrari model? For us, it's the F12 TDF with Gordon Ramsay, the LaFerrari with Jay Kay, and the FF with Shmee150.
36 photos

The former YouTube supercar spotter now has a nice collection of cars, but the videos he shot in the FF were the most yielding. That was many years ago, though, and since Shmee loved the FF so much, he felt the need to upgrade to the GTC4 Lusso once it came out.

In this clip, he talks about everything from servicing and maintenance to depreciation and financing. But why would you want to own this over a McLaren or even a mid-engined 488? Well, the Lusso is unique, even for a Ferrari.

To start things off, it's a 3-door shooting brake, which makes it part of a tiny group of cars, none of which have exotic-sounding names, not counting the limited-edition Aston. Ferrari also built something that's not only different from most cars in general but also other Ferraris. Two engines are available, and on the top-end V12, you have a unique AWD system where the front wheels essentially have their own gearbox.

Something that's not often talked about: the quality inside the GTC4 Lusso is miles ahead of the old FF. Nothing rattles, the materials are nicer and you have modern screens, including one right in front of the passenger. What's more, both the suspension and the exhaust can be tuned for comfort, making this one of the few Ferraris you'll want to drive everywhere, including your next ski vacation.

So what about servicing? Surely, that's a nightmare. As it turns out, far from it. Because first-time customers were afraid of hidden costs, Ferrari introduced a transferable 7-year servicing plan and 4-year warranty. 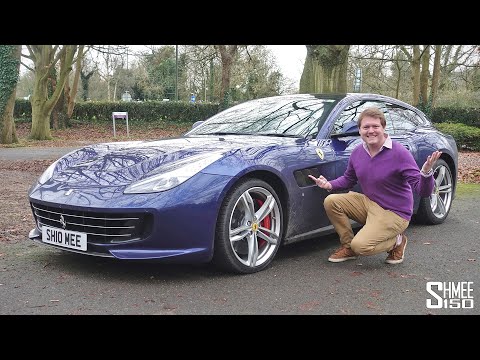