1 Delage D12 Roars Into Action at Goodwood FOS, Looks Like a Fighter Jet on Wheels

F1 British Grand Prix Is Up Next, Can Anyone Still Challenge Verstappen?

We are almost halfway through the 2022 season of the Formula 1 World Championship, and the British Grand Prix is just around the corner. Drivers will be returning to Silverstone, after their latest race in Canada two weeks ago. Max Verstappen is looking stronger than expected while leading the championship rankings with 175 points. It will be interesting to see if either Ferrari or Mercedes can catch up to the two Red Bull drivers.
6 photos

Between the 1st and 3rd of July, the fastest drivers in the world are going back to Silverstone for the 10th race of the 2022 season. Silverstone has been a host to the British Grand Prix ever since 1948, when Luigi Villoresi won the race after a total of 65 laps.

With a length of 3.66 miles (5.891 km), it is the fourth-longest on the F1 calendar. For the Mercedes-AMG Petronas Formula 1 team, this is perhaps the most important race of the year. The Brackley factory is less than 10 miles (16 km) away from the track, and both Lewis Hamilton and George Russell are British citizens.

In 2021, the team had a pretty good weekend in Silverstone, with Hamilton winning the race and Bottas claiming third overall. Back then, Verstappen was still leading the championship rankings, but the gap was much smaller than it is today.

Right now, Lewis is down in sixth place, a total of 97 points behind his Red Bull opponent. George Russell is in a much better place, in P4, with 111 points. The 24-year-old driver from Norfolk has proven himself over and over again. He has secured a Top 5 finish at every race of the year so far.

But even if Verstappen doesn't manage to finish the race in Silverstone, he will still be in the lead of the championship. But seeing him with a DNF next to his name is not a plausible scenario, as the multiple record holder is hungry for a second World Championship Title.

As always, drivers will go through two practice sessions on Friday, before qualifying on Saturday. Until then, you can watch a fast virtual lap of Silverstone with Jarno Opmeer behind the wheel. 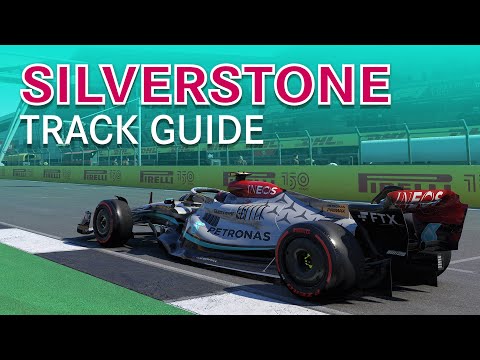