Frankly, aside from lots of interesting motorcycle tidbits, Suzuki isn’t making the headlines too much, these days. Aside from the cool ideas related to a five-door Jimny, that is. But how about a pickup truck?
22 photos

Yeah, what about it? Diehard Suzuki fans might remember that for a few short model years (2008 to 2012), there was an Equator model based on the Nissan Navara mid-size pickup truck. It naturally went against strong foes, such as the best-selling Toyota Tacoma, and it failed to make an impact.

So, it was quickly retired to mitigate losses. Alas, now it may be gone but as it turns out it has not been forgotten. At least not by the virtual artist better known as Theottle on social media, who tempts our imagination with an unofficial assumption that Suzuki would instead build a tiny pickup truck to have a go at the popular unibody compact pickup truck segment.

If envisioned for North America once again, this would quickly go up against a few bitter enemies – the Ford Maverick and Hyundai Santa Cruz. Alas, the pixel master has other digital plans in mind and chose to direct our Equator revival attention towards a potential Suzuki Grand Vitara pickup truck. And that means it would be focused on the Southeast Asian and South American markets, instead.

As such, the initial CGI base of operation combines the 2022 Suzuki Grand Vitara subcompact crossover SUV (also known as the Toyota Urban Cruiser Hyryder) produced in India with the Brazil-made Fiat Toro pocket-sized pickup truck (also known as the Ram Trucks 1000 in several Latin American markets). And the result stemming from the latest behind-the-scenes making-of video embedded below speaks for itself about the potential success of these tiny yet modern and ritzy utility vehicles!

So, does it get your CGI seal of approval, or not? 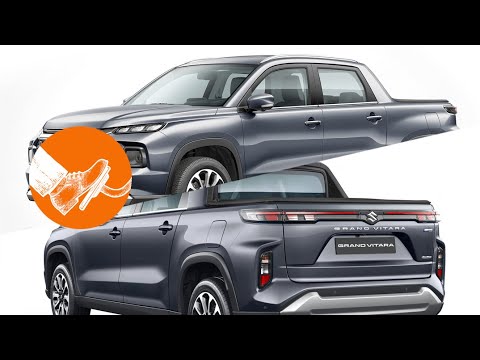