1 Dacia Duster Goes Wide and Wild With Prior Design Aero

Recently updated with new styling, more features, and technology, the Dacia Duster kicks off at just £13,995 (some $18,991 at the current exchange rates) in the United Kingdom. So, it’s modern, affordable, and reliable. But is it extreme?
27 photos

Earlier this year, a team of legendary kayakers went on an 11-day adventure to see if the SUV lives up to the task of going into the unknown. Their journey envisioned as a dream expedition by a kayaker who loves the Northern areas of Europe (and spent time as an instructor in Sweden), clearly tested the mettle of the Duster.

The team, comprised of six extreme kayakers (among them were world champions, but also a mechanic with a passion for both cars and kayaks!) ventured through “unexplored lands and rivers in the stunning wilderness of Lapland.” They used the Duster to carry the equipment across a journey of almost 5,000 miles (8,000 km) to the extreme waters and rapids of the North Cape region in Norway.

Everything started with the idea envisioned by Julien Turin, who dreamed of a crossing of the perilous regions for the past decade. He enlisted the help of Eric Deguil, four-time extreme kayak world champion and three-time winner of the Green Race (one of the most grueling races in the world) to build up the best team possible.

The interesting thing is they ended up being six extreme kayakers going on an adventure... and the Duster only has five seats (a seven-seat Jogger is coming soon). Well, how they managed the space might forever remain their secret, but they did come up with an arrangement of some sorts.

After all, they first assembled in Grenoble, southern France, before going on their Dacia Duster extreme kayaking road trip. Subsequently, they passed through Switzerland, Germany, Sweden, and then reached Norway’s Lapland. And the rest is probably a great telltale story... 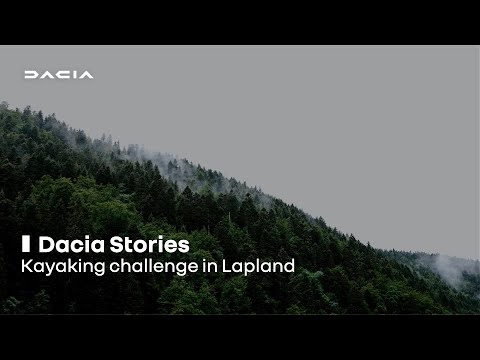