Not long now, the lovable neo-retro Hyundai Ioniq 5 dedicated EV will receive a couple of siblings. One would be the large, flagship Ioniq 7 crossover SUV, and the other will be the Ioniq 6 sedan.
20 photos

While the former – a cousin to Kia’s EV9 as the two of them act as zero-emission counterparts to the successful Hyundai Palisade and Kia Telluride – seems ready to provide a bold take on the high-riding body style, the rumor mill fears the same will not happen with the Ioniq 6.

This is not only because spied prototypes show a toned-down styling compared to the preview concept (the stunning Hyundai Prophecy), but also after Hyundai's design boss SangYup Lee has confirmed both an imminent launch in the coming months and certain design changes. Sure, no one really thought they would keep that sleek, Porsche Taycan-fighting EV sedan look unchanged and untamed. But we secretly hoped so, we admit.

Anyway, while the Ioniq 5 did echo the Concept 45 quite faithfully, even the virtual automotive world fears the upcoming Ioniq 6 will be more of a Tesla Model 3 “clone” rather than a cool reenactment of the Taycan. Thus, the good folks over at the “Gotcha Cars” channel on YouTube have now promised a “sneak peek (at) the most accurate Hyundai Ioniq 6 renderings” to date, along with the usual quick comparison preview between the real-life competitors and the unofficial CGI representation.

The batch of speculative digital portrayals is quite filled with information and not only shows the design of the upcoming EV design barren of heavy layers of camouflage but also proposes several alloy wheel designs, along with a huge roster of paintjobs. Even better, one can also examine the unofficial styling against the Prophecy concept that came before it, as well as benchmarked against the Ioniq 5, Kia EV6, and the main foe – Tesla’s Model 3.

By the looks of this CGI Ioniq 6, no one would feel ashamed if we also included the all-new BMW i4 with the roster of rivals – though we sure hope that Hyundai will keep their EV sedan much more affordable. 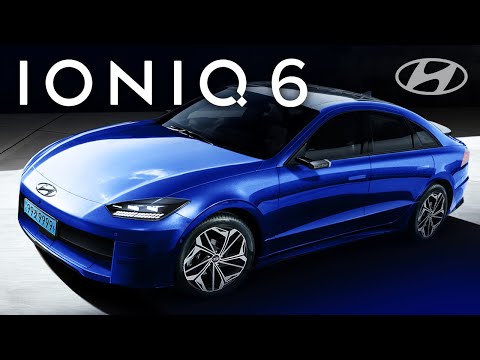