3 Land Rover Discovery Sedan Is Not Something You Can Unsee

4 Range Rover Sedan Is the Bentley Rival You Never Imagined

Range Rover Forces Itself on the Rolls-Royce Ghost, New Luxury Sedan Is Born

From the Discovery Sport, Discovery and Defender, to the Evoque, Velar, Sport (next-gen to be unveiled on May 10), and Range Rover, Land Rover’s modern vehicle family is stylish, and quite pretty. But would the design work on a sedan?
7 photos

This question has been answered in the past, yet most of the time, a four-door Jag’ served as a blank canvas. However, these renderings, sketched out by Theottle, build on the Rolls-Royce Ghost, and use styling of the new-gen Range Rover.

Retaining the overall boxy shape of the Rolls, the digital illustrations portray the vehicle with the front end of the 2022 Range Rover, otherwise adapted to fit the new body. As a result, it has smaller headlights, grille, and front bumper, and rather surprisingly, it retains the skid plates at both ends.

Out back, it is more Range Rover-y than Rolls-Royce-y, featuring the luxury SUV’s taillights, bumper, diffuser, and other stuff, also reshaped to fit the Ghost’s body. Other novelties include the repositioning of the rear door hinges from the B to the C pillars, flush-mounted handles, front fender trim delete, and new wheels, also sourced from the high-rider. ‘Road Rover’ emblems decorate the vehicle at both ends.

Visually speaking, this Rover luxury sedan, which is nothing more than a rebodied Rolls-Royce Ghost, doesn’t look appealing at all. Even if, by some miracle, JLR and Rolls-Royce, which is owned by the BMW Group, would ever join forces to give it a go, not many deep-pocketed enthusiasts would go for it. Because let’s be honest, who wants a ‘Rover’ that costs as much as a nice house in most parts of the civilized world than a real Rolls-Royce? Let’s not forget about the model’s real competitors either, such as the Bentley Flying Spur and Mercedes-Maybach S-Class, which would inevitably be targeted by such an oddity. 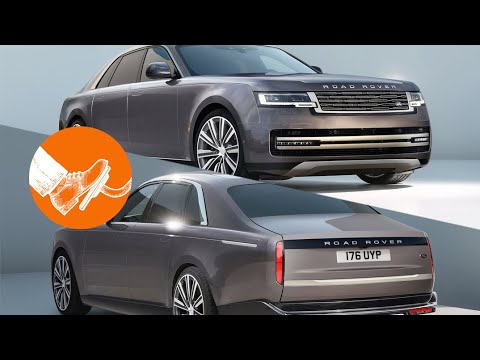