Land Rover introduced a new generation of the Range Rover Sport model in 2022 and stepped up its game by introducing high-tech elements into the car.

The new design carried over some elements seen on the Range Rover Velar lineup, with the retractable door handles and the sharp lines on the new LED headlights. Its raked windshield was already characteristic on the RRS ever since the first generation, and so was the raked-forward rear windscreen. To conceal the tall front end, the carmaker used a fat bumper fitted with a lower and an upper grille, flanked on the sides by the foglights' clusters. Thus, the main grille appeared more like a horizontal, patterned slat connecting the headlamps.

Land Rover created a minimalist design inside the cabin, sporting a 13.7" TFT display in front of the driver and a 13.1" curved touchscreen placed instead of the regular center stack. That was continued by a tall center console that divided the front bucket seats. The carmaker knew that these vehicles were mostly used by up to four people, so the rear middle seat was more of a narrow passing place between the two comfortable outer seats. Still, it offered a third headrest at the back.

Under the hood, the carmaker installed mild-hybrid drivetrains either fed by gasoline or turbo-diesel engines. The top-of-the-range version featured a twin-turbocharged V8 unit carried over from BMW. 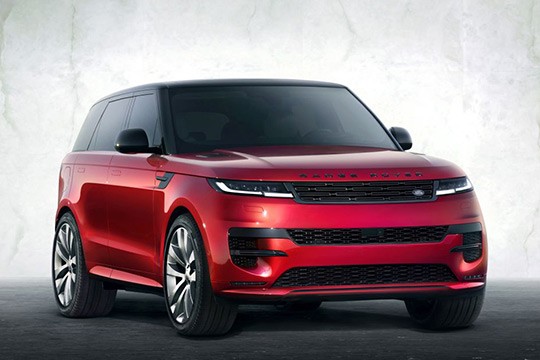