1 “Shark Head” BMW i7 CGI-Swims Away From Polemics, Is a Retro-Sporty Hunter

5 Lincoln Town Car Digitally Returns for 2022 as an EV, Makes the BMW i7 Look Pretty
Up Next

Bold 2024 Hyundai Ioniq 7 Is Unofficially Compared to Robocop, Among Many Others

The latter was naturally unveiled during the 2021 Los Angeles Auto Show as the South Korean automaker’s prototype show car vision for their upcoming Ioniq 7 all-electric battery-powered flagship SUV. With a target for over 300 miles (483 km) of range and a bold, pixel-style design, this SUV will pave the way for a 2024 Kia EV9 brethren to (sustainably) storm the promised New World.

Well, it was always just a matter of time before virtual automotive artists started to imagine the near EV future. And the good folks over at the Gotcha Cars channel on YouTube have proceeded along the unofficial 2024 Hyundai Ioniq 7 way right after their informal EV9 and Ioniq 6 depictions (the latter’s video is also embedded second below).

Naturally, with all eyes on nothing but crossovers, SUVs, and trucks, the Hyundai Ioniq 7/Kia EV9 pair looks like a match made in CGI heaven. Still, just like its Kia sibling – as they are rumored to share the same EV technology – Hyundai's Ioniq 7 Is not without potential foes. Luckily, the authors of the digital project think it unofficially has everything it takes, from a Robocop-like LED visage (combined with a little bit of Staria DNA) to cool traits also exhibited by real-world models like the Hyundai Elantra and Ioniq 5.

As always, the feature also presents the potential Hyundai Ioniq 7 vision in a direct comparison relationship with certain ICE foes – mainly the recently updated and upgraded 2023 Hyundai Palisade and Kia Telluride. Then, from the 2:50 mark, it is all about color choice as the flagship EV sport utility vehicle dresses up in various, colorful paintjobs. 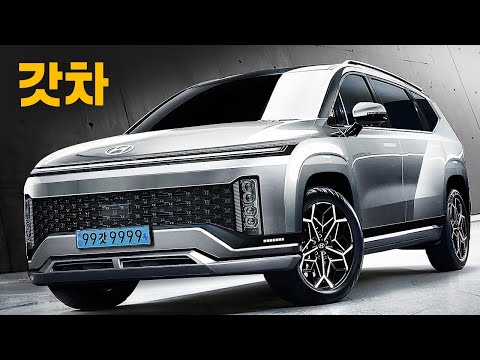 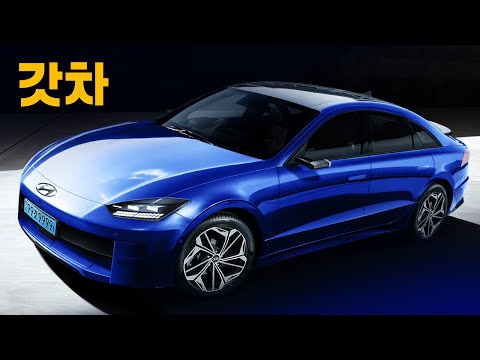