Since its release in October 2000, the E46 M3 has become one of the most beloved BMWs of all time, mainly because it was equipped with an incredibly good engine, the iconic S54.

Although BMW has built many epic engines with four, eight, ten, or twelve cylinders, its history is interwoven with the straight-six. It all starts with the company’s first powerplant, the IIIa, an inline six-cylinder designed back in 1917 for aircraft use. More than two decades later, the first passenger car straight-six came out, and it was called M78. From that point on, the Bavarian manufacturer would develop another 20 individual engines that employed this configuration, 14 of which were naturally aspirated.

However, for the first M3 model built from March 1986 to June 1991, a four-cylinder was used. Dubbed S14, it came into being because engineers wanted a small, lightweight unit that would give them the edge on the racetrack. The powerplant did just that, turning the high-performance version of the E30 3 Series into the most successful touring car of all time.

For the second generation M3 released in November 1992, the company finally created a performance-oriented six-cylinder. Actually, they created two of them. The first was the S50 which started as a 282-hp, 3.0-liter, then grew to 3.2 liters and 316 horses, and the other was the 3.1-liter, 240-hp S52 available for the North American, post-facelift M3 from 1996. Regardless of what engine is used, the E36 M3 built on the success of its predecessor, and with 71,000 units produced until 1999, it surpassed it in terms of sales by a wide margin.

For the third iteration, BMW M engineers were determined to develop a car that would become even more successful while remaining faithful to the six-cylinder recipe. Marketed as the high-performance counterpart of the M54 mill, the S54 was more of an evolution of the E36’s powerplant.

Unlike the all-aluminum M54, it used a cast-iron block based on the design of the 3.2-liter S50. The 91 mm (3.58 in) stroke remained unchanged, but the bore was increased from 86.4 mm (3.40 in) to 87 mm (3.43 in). A forged and nitrated crankshaft with twelve counterweights was mounted inside the upgraded block. Connected to it was a set of reinforced forged conrods and new, high compression forged Mahle pistons, all of which enabled the powerplant to rev up to 8,000 rpm.

Like any respectable performance engine such as its four- and six-cylinder predecessors, the S54 came with individual throttle bodies on the intake, but the throttles were electronically controlled, a new feature for an M-tuned motor.

Overall, the new M3 and its S54 were praised for smooth power delivery and goosebump-inducing exhaust note. BMW succeeded at creating a worthy successor for the E36 model, but it had something even better for its fans.

In 2004, the company unveiled the limited edition CSL (Coupe Sport Leichtbau, or Coupe Sport Lightweight). As the name implies, it was lighter and  more powerful, boasting a beefed-up version of the S54 under its hood. Officially codenamed S54B32HP, it got a fair share of upgraded components, including a carbon fiber air intake, or sharper profile camshafts, all of which resulted in 355 hp and 273 lb-ft (370 Nm).

The S54 received the International Engine of the Year as well as the Best New Engine awards in 2001. Moreover, in the 3.0 to 4.0 liters category, it was selected as the world’s best engine each year until 2006.

For the next-generation M3, an equally impressive V8 was utilized, then the Bavarians got back to straight sixes, but in order to get more power and abide by the stringent emission regulations, they twin-turbocharged the units.

The newer models are unquestionably better, and their engines are far more powerful than the S54 ever was. Yet, for most enthusiasts, the E46 generation and its naturally-aspirated six-cylinder remain some of the most amazing products in the history of BMW’s M division.

In the video below, posted on YouTube by Carfection, you can learn more about the crown jewel of the S54-powered E46 lineup, the mighty CSL. 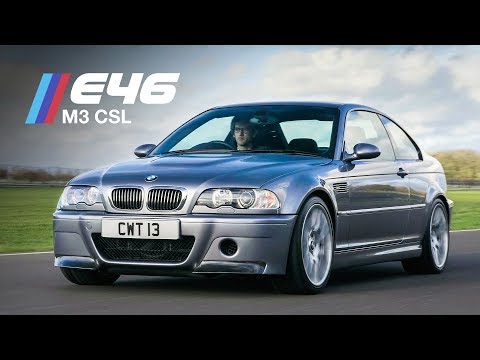 Besides Its Rocket Fleet, SpaceX's Recovery Ships Are the Envy of Any Space AgencySee all coverstories