3 Serial 1 Drops Another Limited-Edition Model, the First Electric MTB in Its Lineup

4 Ever Wonder Why a Bicycle Can Sell for $26,600? This Bianchi Beauty Gives Up Its Secrets

5 Guy Buys a Worn-Out Scooter for $5, Turns It Into This Gorgeous Bike in 33 Days
Car video reviews:
Coverstory

The year is 1986, and a new cycling manufacturer hits the industry: BMC, or Bicycle Manufacturing Company. One year later, another brand name hit the consumer market, Red Bull. Fast forward to today, and these two teams have just unveiled what they are considering the "World's Fastest Race Bike." Oh, it's also infused with F1 principles and aerodynamics.

Some call it the Speedmachine, others the Speedmachine TT (Time Trial). Heck, a few people have dubbed this marvelous machine the "World's Fastest Race Bike." Whatever you call this prototype, there's no denying the work invested in creating such a trinket. This is an exploration of the BMC and Red Bull Speedmachine.

Anyone who has ever seen a bicycle, be they four years old or 74 years old, can understand that the Speedmachine is entirely something else. From those handlebars that give you the impression you're grabbing a bull by the horns to the frame and paint job that inspires nothing more than speed, all of this bicycle has been designed to help it achieve the title I mentioned.

First off, to understand how this bike came to life, we have to travel back in time to about four years ago. It was then that Red Bull and BMC started working on this prototype. We know BMC is a crew with a long history in cycling, but what's Red Bull got to do with this bike?

Well, to understand the energy drink supplier's part in all of this, you need to know that the partnership includes Red Bull's Advanced Technologies branch, the one and the same that's part of the Aston Martin Red Bull Formula One Team. Since this crew is responsible for bringing to life some of the most aerodynamic and fast machines on the planet, BMC couldn't have shaken hands with a more capable team.

Aside from those two main teams, a few other notable humans were involved in this project from start to finish, Fabian Cancellara, A.K.A. Spartacus, a multiple Tour de France winner and Olympic gold medalist. With his implication from start to finish during this project, BMC and Red Bull we're capable of putting together a machine that meets the needs of world-class athletes.

According to BMC's website, that's really all we're told. There are three videos added to their page, but that's it. There is no information regarding geometry, nothing about the drivetrain, and not even what it's built from. My educated guess is that this puppy is created from nothing more than carbon fiber.

As for what this bike will be used for or when we can expect to see it in a race, again, nothing is mentioned. But, one of the videos shows BMC's Pro Triathlon Team player, Patrik Nilsson saying he will be riding this bike at the 2021 Ironman World Championships in Utah. However, that race was held on May 7th, 2022, and we've heard nothing of the bike since then.

That tells us a bit about where this machine is to be used and looking closer at the frame, all that makes sense. Also, above the bottom bracket, we can see a little storage bay or hydration pack for athletes on the run. The race-ready version is complete with a slightly larger storage bay and aerodynamic tail fin to reduce drag. It's meant to cut through wind like a knife through butter.

At the end of the day, there's really no way to grasp how fast this machine may be. We'll just have to wait and catch more official info as time goes on. Nonetheless, you can bet your bottom dollar that it's reserved for riders trained to bring home the gold. If it's ever put up for sale, that should give you an idea as to how much the "World's Fastest Race Bike" may cost. 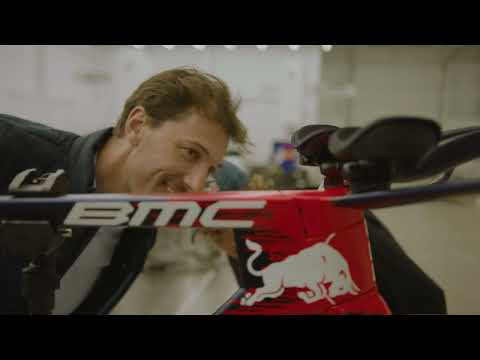 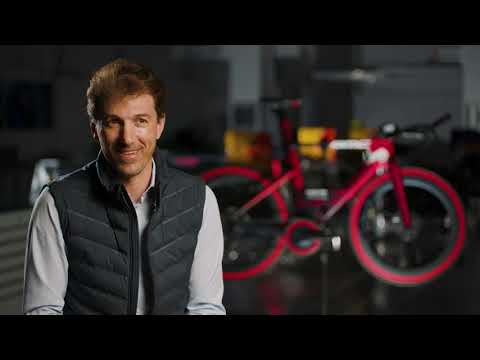 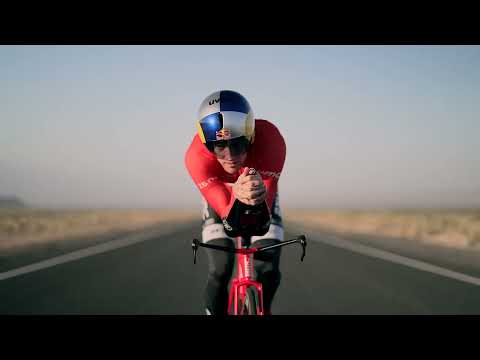 Couple Moves Into Van Conversion Because of Living Crisis, That’s Where We’re AtSee all coverstories