2 Has Audi Failed A8 Buyers or Has Their Luxury Sedan Never Been That Great to Begin With?

3 Audi Urbansphere Concept Officially Debuts, It Is the Roomiest Audi Ever

4 Audi Urbansphere Concept Will Be Presented on April 19

For the past two years, the German premium brand Audi used a modern approach to the whole Santa ordeal from commercials director Bruce St. Clair. Instead of the regular, white-bearded man, they switched it up to a modern-looking older male in a pressed suit, with grey hair, played by Hugo Woddis.

His assistant, played by Lewis Reeves, takes him to a futuristic garage, introducing him to his “new sleigh.” Santa goes on to ask about his “runners,” but his assistant replies, “Welcome to the future.”

And for this year’s Christmas Commercial, the formula stays pretty much the same. Except for the car. In 2020, Audi used the Audi e-tron GT concept. In last year’s video, Santa got behind the wheel of a fully electric Audi RS e-tron GT.

Now, Santa will be spreading joy from a silver Audi grandsphere concept. Getting closer to the futuristic car, he asked, “Still no runners?” before hopping behind the wheel. He is a bit taken aback when the steering wheel folds and retracts, but his assistant smartly reassures him that this year, the “sleigh” needs “no driver.” The grandsphere uses Level 4 self-driving (full autonomy in limited conditions). Right before the coach doors close, the assistant adds, just like last year, “Welcome to the future, Mr. Claus.”

Audi unveiled the grandsphere concept at the IAA 2021 and will be part of a "sphere" trilogy that includes the skysphere and the urbansphere. The futuristic sedan has a simple, elegant, yet out-of-this-world exterior, while offering a luxurious and spacious interior.

Taking into account Audi’s progress over the last few years, we’d say that using the same recipe with a small twist seems to work out quite well. You can watch the new ad, plus the older two, attached below. 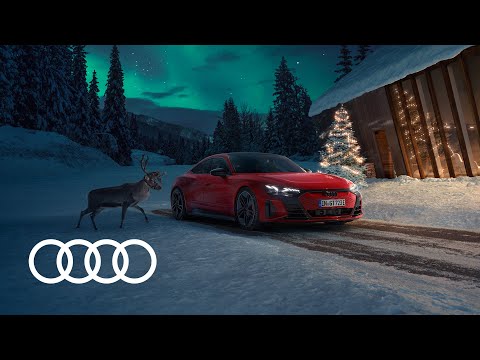 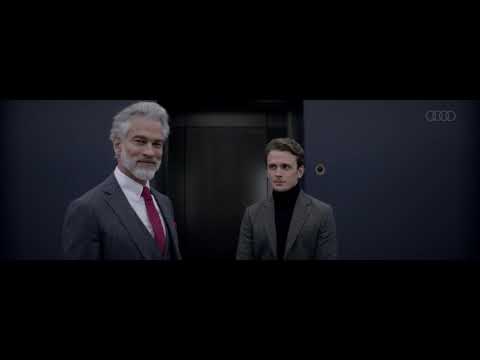