2024 VW Tiguan Mk3 Digitally Announced With Rich Color Palette, Inside and Out

The popular model, which once propped almost all by itself the high-riding sales of Volkswagen (alongside the larger Touareg, but before there were any Atlas, T-Roc, and other SUV siblings in the family), is subtly preparing for the turnover process that will see the 2016-born second generation drop the mic in favor of its successor, rumored for a 2023 introduction after the testing process successfully completes.

Speaking of the latter, the spied Tiguan Mk3 had deceiving camouflage on the body but that was no problem for the preying eye of the spy camera – we now even have images of the third generation sporting a humongous central display to make the cabin a high-tech-rich environment. Naturally, that also quickly attracted the attention of virtual automotive artists.

For example, the good folks over at the AutoYa info channel on YouTube have decided to CGI-imagine the complete looks of the unreleased VW Tiguan Mk3 iteration, both inside and out. They start with all the information available so far and then quickly proceed to showcase the unofficial looks of both the exterior (front and rear, as well) and interior of the eagerly-anticipated German SUV.

Even better, just like it was the case with the recent, informal preview of the upcoming 2024 VW Golf 8 facelift, there is also a wide choice of ritzy exterior colors plus a quick old vs. new CGI comparison. So, what do you think, does the imagined 2023 or 2024 model year VW Tiguan have what it takes to preserve its faithful following, or does the unofficial reveal suggest the subtle things are a bit too… subtle?

Or, perhaps, should we just wait patiently for the channel to imagine the next Tiguan R performance iteration, as they did with other popular models, and only then become enthused about the compact crossover SUV’s true potential? 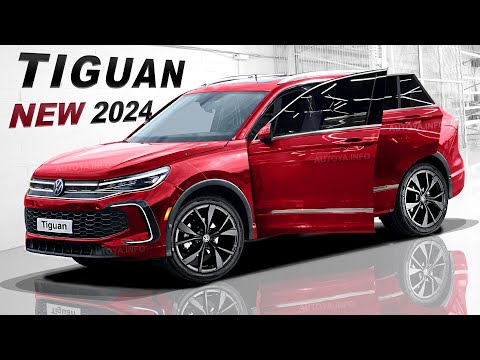