1 Ford Mustang Sedan May Only Seem Like a Proper Fusion Revival, but There's a Catch

3 Dodge Charger Daytona SRT Concept Lowers Its Roof, Do You Like It Better as a Convertible?

With all the commotion surrounding the Ferrari Purosangue SUV reveal and NAIAS 2022 with hero model introductions such as the 2024 Mustang, it may be easy to lose track of what else is going on in the automotive industry.
16 photos

Luckily, some folks are more composed and did not succumb (at least, not yet) to the Prancing Horse or Blue Oval Dark Horse hype. For example, the host of the AutoYa info channel on YouTube talks us through how they imagined the looks of a recently teased yet still unreleased Japanese mid-size crossover SUV.

We are talking about the 2023 Honda Pilot, which got recently teased with full camouflage attire but also in the most blatant fashion – with exposed design for parts of its new TrailSport off-road-focused trim level. As such, “the most rugged Honda SUV ever” was just a few CGI brush strokes away from a logical yet unofficial reveal.

The release date has been confirmed for later this fall and Honda also wants us to know that its Pilot TrailSport will arrive with “standard all-terrain tires, steel skid plates, off-road tuned suspension, and expanded all-wheel drive system capabilities.” For the rest of its qualities, we have the informal preview to keep us company.

And it comes complete with an introduction to discuss the latest developments, a quick look at a previous digital attempt at unveiling the goodies, the official teasers, as well as the best CGI tricks employed by this YT channel – a quick look at the posh color palette (that beautiful light blue is also included), along with a fast comparison between the official, preceding generation and the hypothetical looks of the new iteration.

Now, all we must do is wait for the official introduction and AutoYa’s potentially cooler Honda Pilot Type R virtual transformation… 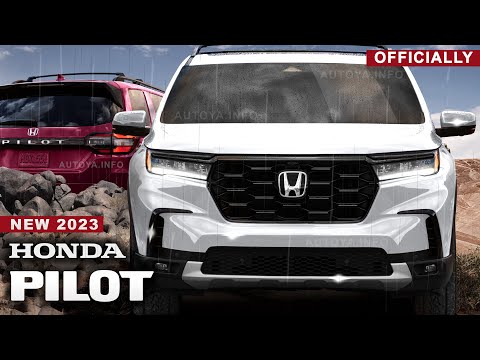