Aurel Niculescu
Currently, Toyota is facing a world of sales hurt like never before. And it is all due to the pesky semiconductor shortage, apparently.
21 photos

Alas, the Japanese company still needs to keep its models fresh even if half of its factories had to wind down and adjust October production according to the incredible state of the automotive industry. And, across the compact crossover SUV segment, the bread and butter is represented by models such as the iconic RAV4.

So, we have seen Toyota update the best-selling CUV at home in Japan at the beginning of last month, followed swiftly by the sharper-styled 2023 model year and the new GR Sport trim for Europe. What about the Americas, one might say? Well, over there it is all a game of CGI hide-and-seek.

As such, virtual automotive artists have been keen to imagine either the refreshed looks of the fifth-generation model or simply skip the informal redesign and jump on board a hypothetical new generation. Such is the case with the pixel master better known as Carbizzy on his YouTube channel, who has dreamt of a bold and unique take on the potential sixth-generation 2024 Toyota RAV4.

Traditionally, the resident CGI expert plays with an unofficial reveal reel that includes the initial dark hints, followed by a full exposure of the classic front and rear-three quarters POVs, and then indulging in a big set of informal color choices. As for the styling, do take all this with a grain of salt, as Toyota has not kicked off the marketing teaser procedures just yet – so there is no way of knowing if this virtual redesign is a home run or not.

Alas, Toyota probably will not wait long to reveal what it has in mind for its ultra-popular RAV4 compact crossover SUV, especially considering the recent introduction of the all-new Honda CR-V, which is certainly one of its biggest CUV nemesis! 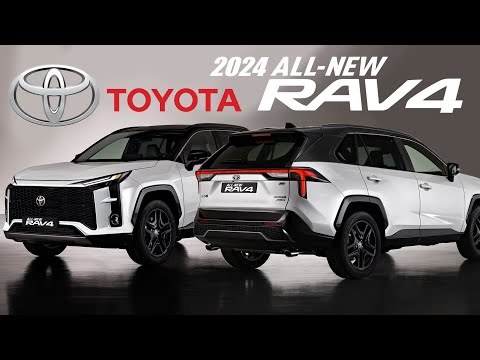