5 Widebody DMC-12 DeLorean Gets Digitally Transformed Into an Aero Track Weapon
Car video reviews:
Up Next

Last year, at the 2021 Los Angeles Auto Show, both Hyundai and Kia previewed their upcoming flagship crossover SUV electric vehicles under the guise of the Seven and EV9 concept cars.
21 photos

Approximately the same size as the 2023 Hyundai Palisade and Kia Telluride, these e-GMP siblings are scheduled to hit the market as 2024 model year introductions. And that’s according to official OEM chatter, both automakers promising to storm the North American market in a bid to reign down on Tesla’s stronghold.

Plus, the 2024 Kia EV9 was recently spied going from concept to prototype and starting the traditional validation and testing process. So, it is not going to be long before the new (three-row) electric crossover launches Stateside – though some people may not have the patience to wait until next year to see it barren of camouflage.

Luckily for them, there is always the eager automotive virtual artist ready to please and peel off the thick layers of camo. Such was recently the case with the pixel master better known as SRK Designs on social media, who decided to play with the unofficial perspective in his latest behind-the-scenes making-of video embedded below.

Logically, the tentative EV9 production series crossover SUV takes a lot after the namesake concept car but also after its ICE sibling, the ultra-popular 2023 Kia Telluride. Alas, the unofficial design is even more streamlined, opting for a simplistic yet futuristic appearance that might turn it into a timeless apparition once it finally becomes a part of the real world.

As for the juicy technical details, along with the first glimpses of the interior – those will probably have to wait until next year when Kia will kick off the marketing department’s teaser campaign. Until then, all we can do is imagine that choices for Kia enthusiasts will be a lot fancier from then on when thinking about their next flagship crossover SUV acquisition. 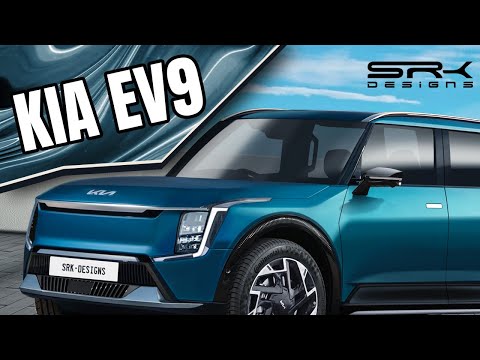