Mircea Panait
It appears that Ford simply can’t keep the Bronco under wraps. Or do all of the leaks happen to be a marketing ploy to hype up the off-road SUV before its grand reveal on July 13th? Whatever the case may be, the two-door model has been posted online with the chunkiest tires on offer, Cyber Orange exterior paint, and the top off for good measure.
23 photos

Coming courtesy of Doug from the Bronco6G forum, the photograph also shows the black-out grille option that goes together rather well with the beadlock-style wheels with six lug nuts. The Wrangler-esque front bumper is - dare I say it - uncanny, but the Bronco doesn’t appear to have a fold-down windshield like the Jeep-branded rival.

Speaking of the Wrangler, the off-road rubber is Goodyear Wrangler Territory LT that measures 34.4 inches in diameter and 12.4 inches in section width. Yup, those are 315/70R17 rubber shoes as opposed to 285/70R17 or 32.7 inches for the Wrangler Rubicon.

The Bronco Nation, which is a not-so-subtle community that claims to be independent although it’s funded by the Ford Motor Company, has also published a video that reconfirms the optional engine in the mid-size utility vehicle. As opposed to the base 2.3-liter EcoBoost, the 2.7-liter engine packs two more cylinders and one more turbocharger.

Capable of 325 horsepower and 400 pound-feet of torque in the F-150 pickup truck, the EcoBoost V6 has loads more resources and superior aural qualities over the Pentastar and Hurricane from Jeep. However, the Wrangler is also available with compression ignition in the guise of the 3.0-liter EcoDiesel V6 that flaunts 442 pound-feet of torque.

At the 1:53 mark of the video at the end of the story, one of the engineers also confirmed the 10R80 automatic transmission for the 2.7-liter EcoBoost V6. It remains to be seen if the seven-speed manual is exclusive to the four-pot motor, but nevertheless, the torque-converter gearbox has already proven itself off the beaten path in the F-150 Raptor. 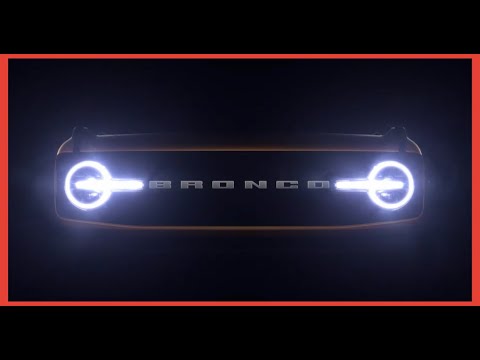