4 Ultra-Endurance Athlete Tries to Outrun a Tesla: The Ultimate Man vs Machine Race Is On

Home > News > U-turn
Sebastian Toma
Tesla's Model 3 is not a perfect vehicle, but no vehicle is perfect. A long-term review of a 2019 Tesla Model 3, which covered almost 50,000 miles (ca. 80,467 km) in the process, has confirmed a few things about the vehicle, while also bringing new insight into the ownership experience. The folks at Car and Driver revealed it all.
6 photos

Unlike a private owner, the magazine's long-term test was not conditioned by the limited experience of a single person, but by multiple people who are specialized in reviewing cars. Moreover, since this was a long-term review, the vehicle was put through several tests that were not seen before in other tests, which are conditioned by limited time with the vehicle.

Among the highlights of the review is the fact that an over-the-air update brought more power from the Model 3, which made it the first model ever tested by them to get more power over the course of their review. This power upgrade is a nice touch, but not all of them come free for all owners, though.

Another important part is the fact that the vehicle broke down while it was parked, which marked a first for the magazine, but it did make a good case for Tesla's roadside assistance service. The vehicle informed the user that it could not be driven while the person who had driven it earlier was away from it.

Through the smartphone app, the user learned that the vehicle requires a tow, and they managed to contact the roadside assistance team even though it was Christmas.

Now that is impressive, and it was all a part of the ownership experience, since the vehicle was still under warranty. The company even provided credits on Uber until a replacement vehicle was available, but do not expect to get those everywhere in the world.

You can follow the full story in the review made by Car and Driver, which is embedded below. 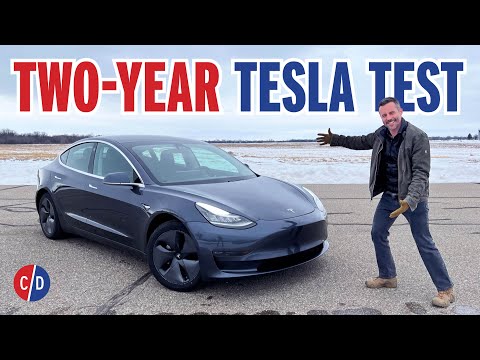