5 Dare to Cruise Above 55 MPH in This Restored “Coca-Cola” 1946 Ford F-1 Flathead
Car video reviews:
Up Next

When something sounds – or in this case looks – too good to be true, be wary of the tell-tale signs. That could be exemplified with a 1970 Dodge Super Bee, although it also needs further investigation before nailing a final verdict.
22 photos

The 1968 to 1971 model year Dodge Super Bee shouldn’t be mixed up with the recent Charger Super Bees that were born as contemporary tributes. The original was a short-lived mid-size muscle car related to the Dodge Charger of the time, as well as the Coronet and all sorts of Plymouths (Road Runner, Satellite, GTX, and Belvedere).

Now it’s a treasured classic that should be treated gently... but only if appropriately worthy of the owner’s love. Right now, the jury is still out for this 1970 Dodge Super Bee that’s currently on consignment from Sherman, Texas-based PC Classic Cars. And that would be owed to its skillset, which is almost too incredible to be real.

So, what we have here is a pristine looking (“true”) Super Bee dressed up in a “Code EV2” Hemi Orange paint that’s supposedly original. The Super Bee graphics are in place, and so are the 15-inch Rallye wheels. Moving inside, things get even better, as the Dodge has an original “Code H2X9” Black split-bench seat cockpit, complete with a Pistol Grip floor shifter for the four-speed manual transmission.

And when taking a peek under the hood things truly reach an amazing state. As such, the Super Bee also comes with the six-pack carburetor 440ci big-block V8 engine, as well as power steering and front brakes, along with headers, a dual exhaust setup, and even Turbo mufflers.

But wait, because that’s not all folks. Instead, the odometer also has its moment of glory with a reading of just 10,364 miles (16,679 km). Which is kind of hard to believe when dealing with a car that’s more than half a century old. There’s something fishy about this listing, so we advise extreme caution when dealing with it.

Perhaps it’s a well-kept Super Bee. Or maybe it was repainted/refurbished/restored during its lifetime. Or it’s a complete fraud. Who knows? One thing is for sure: the dealership doesn’t tell. It only asks for an arm and a leg for it, which in this case amounts to $59,500. 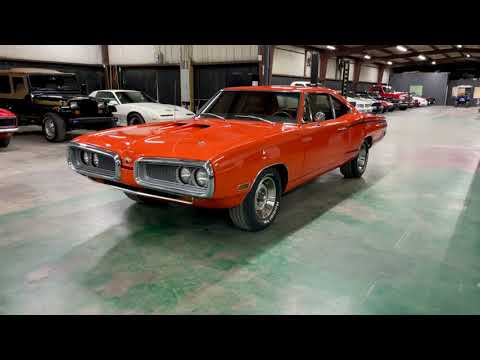