1 Purple and Orange, Slammed Dodge Charger Is Not Real, Unlike Its WCC Widebody Kit

1967 Ford Mustang Comes Out of Hiding After 40 Years, Still Original and Rust-Free

1970 Dodge Challenger Restored After 20 Years of Sitting, Magnum Power Under the Hood

As if the 1970 Dodge Challenger wasn’t cool enough, this model has recently been fully restored and given a massive performance upgrade.
25 photos

Let’s start with what the eyes can see and state the obvious: this Challenger looks absolutely brilliant, and given it’s a restored car, the Plum Crazy paint is in perfect condition. Clearly, whoever worked on the project knew exactly what they were doing, there’s no doubt about it.

The original engine and transmissions have been removed and ditched, so in charge of putting the wheels in motion on this Challenger is a 1967 Magnum 383 taken from a Dodge Charger. As you can easily guess, given the restoration project has already been completed, it’s running like new.

The interior looks really good as well, so in theory, this Challenger is ready to become someone’s favorite ride without the need for spending a big fortune on it.

eBay seller stevesstorage expects to get $39,500 for this Challenger, though the Make Offer button has also been enabled, just in case someone else is interested in another deal. Of course, the actual selling price wouldn’t be much lower, no matter if other trades are involved or not.

Parked in Brick, New Jersey, this restored Challenger is one of the most affordable 1970 examples on the market, but to better determine its current condition, an in-person inspection is definitely recommended. Without a doubt, almost everything works like new (the radio, for example, is apparently yet to be hooked up), but the interior, in particular, looks like it would still require some additional touches to align with how good everything looks on the outside.

It'll certainly be interesting to see if someone ends up buying this Challenger, but in the meantime, make sure you check out the video below to hear the Magnum engine roaring in all its glory. 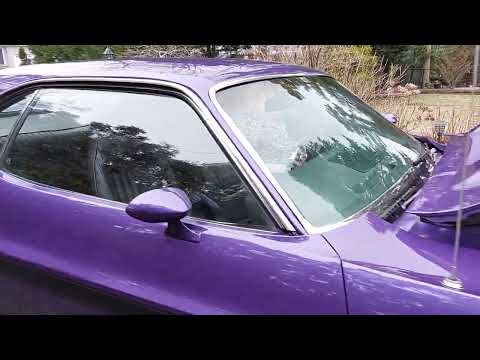